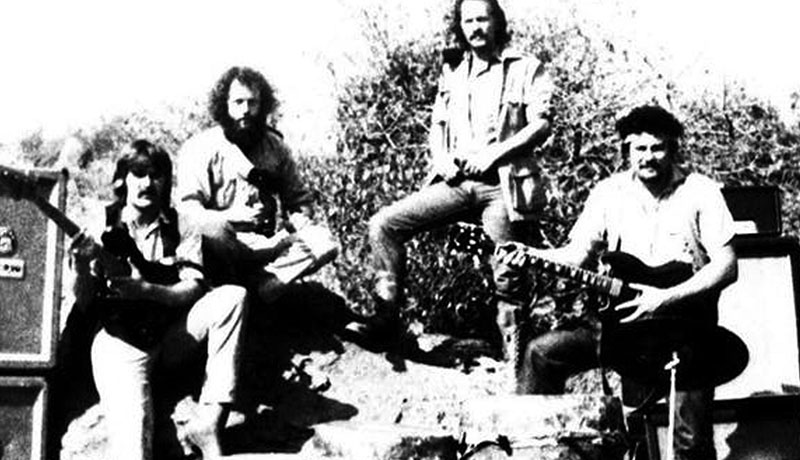 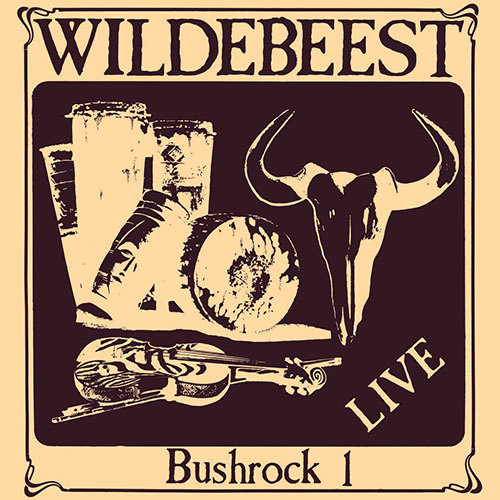 The “Bushrock” concept was ex Freedom’s Children drummer Colin Pratley’s brainchild and is the perfect way to describe the music of Wildebeest. A blend of African, traditional, and rock music is performed with amazing energy. African drums, violin, and rock guitars accompanied by a sweet melodic female vocal. The Rand Daily Mail voted ‘Bushrock 1’ album of the year in 1981.

I get a chuckle out of the introduction to Wildebeest’s live set ‘Bushrock 1’ wherein the audience is advised to “settle back and relax” — then the music begins, grabs one, throws one around, and does not let up through nine songs and nearly 45 minutes of adventurous rock. Relax? Only by moving to the music. Take a sharp guitarist (Boet Faber) and a thundering, driving bassist (Piet Botha) — add an exuberantly talented drummer (Colin Pratley) and a rocking violin (Dave Tarr), sweeten with some lovely, yet strong, female vocals (Karlien van Niekerk), crank up the volume (you), and that’s the basis of Wildebeest’s thundering, stampeding rock album.

The songs are primarily driven by beat and rhythm; nonetheless, the other instruments come to the fore without the other players getting out of the road. Piet’s bass punctuates and emphasizes as it drives along, the rock steady and creative drumming is ever present, and the violin here becomes an essential rock instrument. Then the guitar sears and soars. Masterful rock, and with the great Colin Pratley flailing away on the drums, I think of it as Progressive Jungle Music. After a modest-tempo and emotional opening song, ‘Tribal Fence’ (a Ramsay Mackay song), ‘Bokslaai’ cranks in with a Celtic-sounding fiddle over some furious rock guitar, earnest drumming, and driving bass.

‘Russian and Chips’ is actually the Freedoms Children’s ‘The Kid He Came From Hazareth’ with a Russian air to it in the fiddle and the shouted “Hey! Hey!” ‘The Horseman’ has soaring vocals and an urgent beat — like most of the album it is definitely up tempo, yet the consistent fast pacing of the songs is not the same enough to detract — there is plenty of musical variety here. This is an album to keep a party jumping. ‘Pofadder’, a hard rock tune, surges in like a speeding train, a musical interlude, wherein the song is slowed in order to let it steam ahead again, is filled by the lyrics to ‘Slowly Toward The North’. Then the musicians kick the tune back into high gear. This is followed by ‘Living Drummers’, and here Colin gets a chance to demonstrate his virtuosity and stretch out a bit. Not merely a drum solo, but a musician playing percussion. ‘Here We Go Again’ follows, and the tempo slows a bit, while Karlien sings the lovely melody. It does not rush forward as do the other songs, but one needs valleys to know what the mountains look like — ‘Hottentotsgot’ goes off rocking in an instrumental direction from the previous tune, building slowly with some freaky noises.

The closing tune, ‘No Time in the City’ shows Wildebeest’s creativity and invention don’t fade toward the end. This is a chugging tune that, in the lyrics, is more conventional rock than the rest of the album — but the Wildebeest musicians don’t play anything conventionally.

All in all, this is an album that engages one’s attention and holds one’s interest; pay attention and it rewards with listening pleasure — there is a rich variety of rhythmic rock in these grooves. What a pair of live shows these must have been in 1981, I’m certain they live vividly as wildly fun experiences in the memories of those who attended. As I said, I can’t stop
listening to this album, and why should I? When I was a teenager who loved loud beat music, if I had bought this album it would have become one of my favourite hard-rocking discs. Some things don’t change. 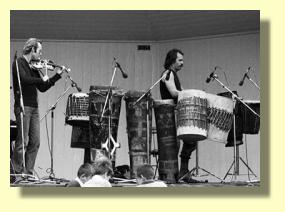 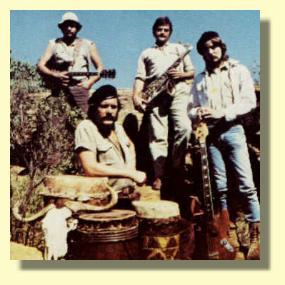