Throughout the ’60s The Flames were South Africa’s biggest-selling band: This double-disc set highlights the band’s many hits from 1964 to 1966 and includes the “Ummm! Ummm! Oh Yeah” and “That’s Enough” albums on Disc 1 and 16 non-album A & B sides singles on Disc 2. This release is a companion to the Retro best-selling “Soulfire”/”Burning Soul” reissue.

The most famous South African group of all time, The Flames recorded these psychedelic soul-rock albums in 1967 and 1968 and are officially released for the first time on one CD. Highly prized by ‘beat and early psych collectors worldwide. 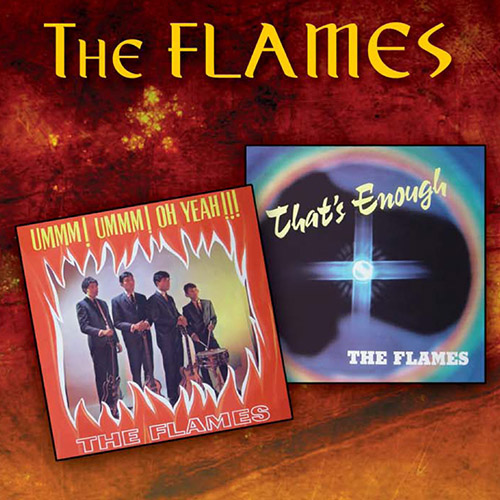 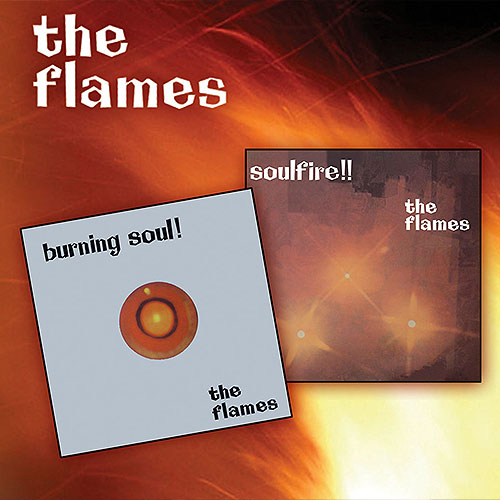 Burning Bright! – a short history of The Flames

The Flames were formed by brothers Steve Fataar on vocals and guitar and Edries (Brother) Fataar on vocals and bass, in Durban in 1963 under the management of Bing Kinsey. The band was originally augmented by George Faber on drums and Eugene Champion on guitar. Soon however Ricky Fataar joined on drums and Edries Fredericks took over on guitar and vocals. This formation recorded many 45’s and the band’s first album entitled Ummm! Ummm! Oh Yeah!!! after a Buddy Holly tune from his album Showcase.

Edries Fredericks left the band around 1966 in order to provide a more regular income and start a family. He was replaced by Mitchell (Baby) Duvall on guitar and vocals. They recorded the Flames’ second album That’s Enough released in early 1967. This album closed with the Flames first take at covering a 1959 Jerry Butler soul classic “For Your Precious Love”. During these early years, the Flames grew in fame and stature, often winning band competitions and polls. At age 12 Ricky Fataar won the title of Best Rock Drummer in South Africa.

After Mitchell Duvall’s departure, the Flames needed a new singer/guitarist. They invited Blondie Chaplin to join them for the recording of their third album Burning Soul! His amazing soulful voice and guitar playing helped change the band’s direction to the classic Motown and Atlantic soul repertoire. This line-up went on to record their fourth and best album Soulfire in early 1968. This album featured their new version of “For Your Precious Love” with its unforgettable spoken introduction. This recording was released on a 45 which took the Flames to the top of the charts over much of Southern Africa during the middle of 1968.

In between Burning Soul and Soulfire, The Flames also found time to help Una Valli record her masterpiece ‘Soul Meeting’ by backing her on six of the twelve tracks. Their collective version of ‘Satisfaction’ gives Aretha Franklin something to think about! Later that year they moved to London, where they played the club scene. It was at Blaise’s that the Beach Boys’ Al Jardine and Carl Wilson spotted them and later invited them to move to the United States and record for the Beach Boys own Brother label. They dropped the final letter from their name, became The Flame, and started writing their own material. The album entitled simply “The Flame” was released in late 1970 and was the first-ever rock album recorded in quadraphonic sound. It’s a startling set of hard rockers, smooth ballads, and power epics.

The Flames live on in their wonderful records, five albums and fifteen 45’s in all. To this day their powerful and melodic playing and singing continue to thrill both old and new fans.

Way back in the 1970s, the original master tapes for most of The Flames’ records were sadly lost in a factory fire. Every effort has been made to return this wonderful music to you in the best possible sound quality by high-grade transcriptions from the best possible vinyl sources. Listen for yourself and judge if you have succeeded. Enjoy the Flames! 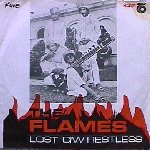 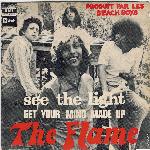 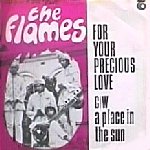 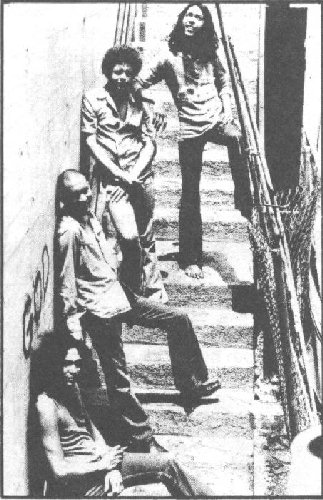 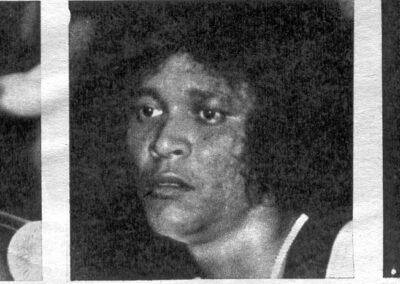 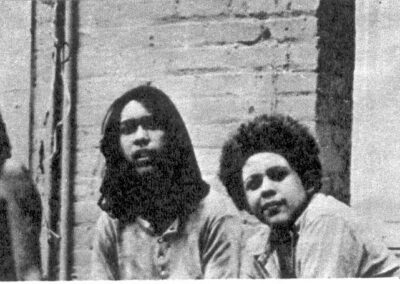 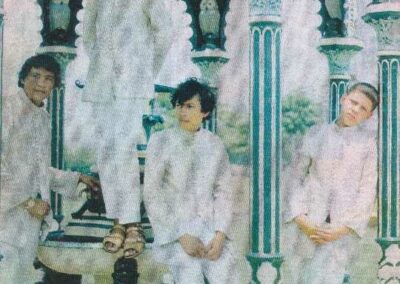 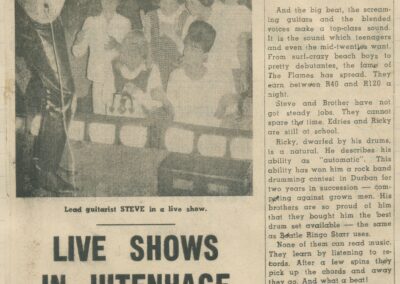 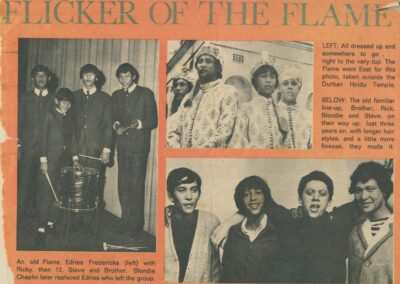 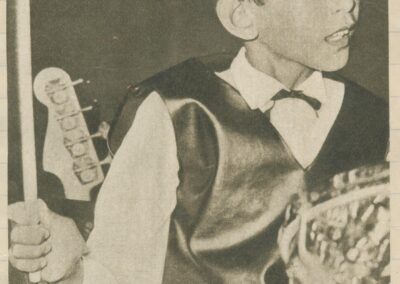 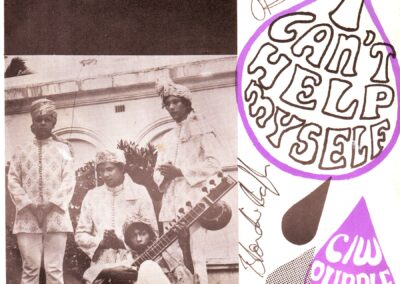 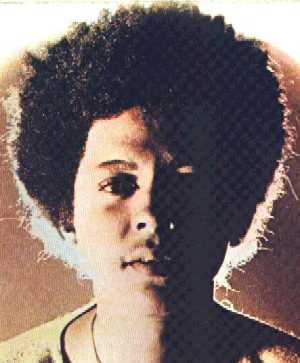 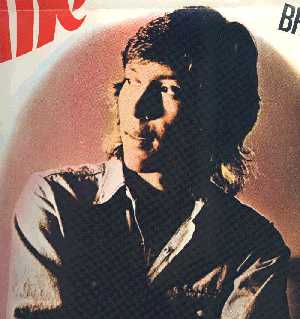 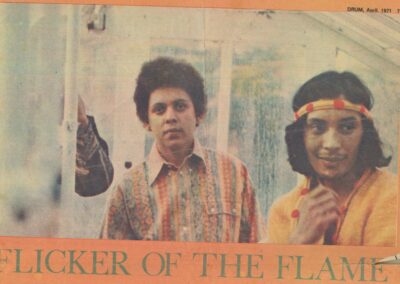 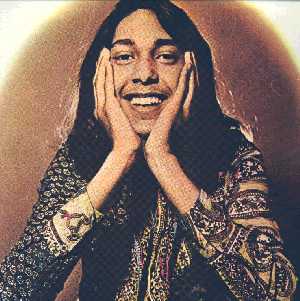 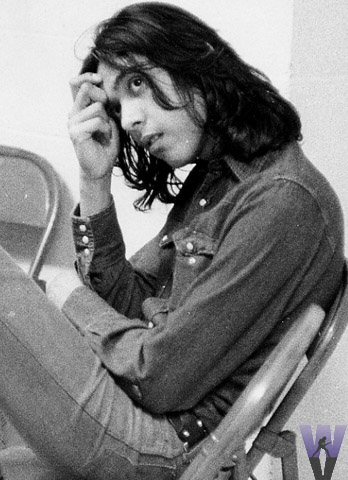 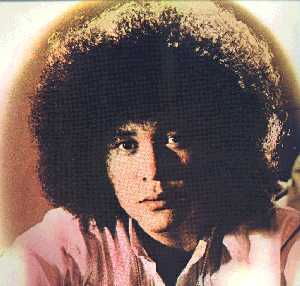