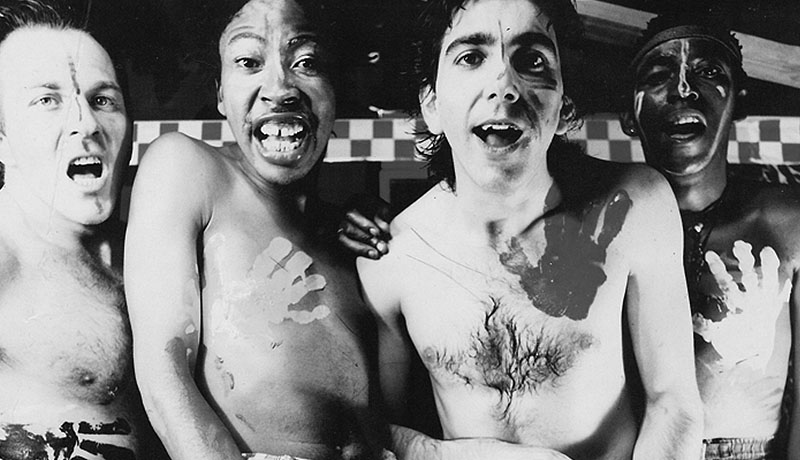 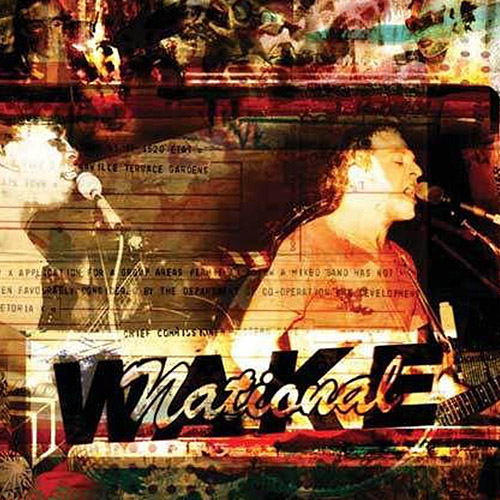 National Wake Originally banned in 1981 by the apartheid government as seditious and inflammatory, National Wake’s self-titled sole album is an invigorating mix of punk, ska, African dub reggae, and rock. Songs like “International News” and “Wake of the nation” echo the spirit of early Clash / Talking Heads and roar with unbridled energy, passion, and fury whilst “Bolina” and “Supaman” draw on the revolutionary zeal of Bob Marley and Peter Tosh as influences. A must for fans of the aforementioned artists as well South African music collectors.

Think the Clash were rebels? National Wake’s multiracial lineup set them on a collision course with the South African establishment in the late 1970s and early 80s.

A couple of years ago, an LA-based recording studio designer called Ivan Kadey went to a screening of Searching for Sugar Man, the Oscar-winning documentary about singer-songwriter Sixto Rodriguez and his long-standing fame in South Africa. He enjoyed the film, but something about it bothered him. After the discussion that followed the screening, Kadey felt impelled to go up to one of the panel members, Matt Sullivan, of Rodriguez’s US label Light in the Attic. “I said, you know, this is a great story, and it’s true what Rodriguez meant to us. But they talk about there being no protest music in South Africa in the 70s and 80s, it’s just not right. I was in a pretty interesting band in Johannesburg.”

Pretty interesting turned out to be a dramatic understatement. National Wake, the band Kadey led in the late 70s and early 80s, was South Africa’s first, and indeed only, multiracial punk band. And yet Kadey had kept this unique story to himself, partly because he thought no one was interested (National Wake split in 1982 just after putting out their solitary release, an album of which only 500 copies were pressed) but also, Kadey says, because “it was too painful for me, so I just buried it”. The band’s two black members, brothers Gary and Punka Khoza had subsequently died: the former had struggled with mental illness and killed himself; the latter died from an Aids-related illness. “He was just one of the myriad South Africans who contracted AIDS and didn’t get any real treatment because of that whole fuck-up.” Furthermore, Kadey thought his band had failed precisely because no one knew about them: their message hadn’t got across. “We’d started with a vision that this was actually a way to move to something much brighter, a better South Africa. We dreamed that we were going to transcend all the bullshit and that people would hear our stuff and it would happen.”

The band had grown out of a Johannesburg commune that Kadey lived in during the mid-70s. “It wasn’t uncommon for people to live in communes in South Africa at that time, although what was uncommon was that we actually had people from different races living together, in a white area. Occasionally, the police would break in and harass everyone, threatening arrest. They’d have had reports that we were smoking marijuana, or that there was a black guy living in the house and they’d come to find him – he was actually hiding in someone’s bed who he was sleeping with, she had him tucked under the covers. Ridiculous stories. We’d just decided that we were going to live our lives in a post-apartheid way, in spite of, or with no regard for, all the laws that were set up to govern the way we were supposed to relate.”

Kadey formed National Wake in the aftermath of the Soweto uprising of 1976 – “one of the conditions of living in a repressive state like that is that it just seems impossible to do anything about it, there’s a kind of paralysis, but that was a real ‘get up, stand up’ moment: look at these kids, it’s time to take up the fight” – their sound influenced by British and American punk and Bob Marley. It seems astonishing that the latter’s music was even available in apartheid South Africa: you’d think the first thing a white supremacist government would censor would be a Rastafarian preaching pan-African solidarity and black power. “Well, they weren’t hip, take it from me,” he chuckles. “They couldn’t control everything. There were record stores – not many, but one in each town – bringing in all sorts of stuff: The Last Poets, Linton Kwesi Johnson.”

But if the South African authorities had somehow managed to overlook Bob Marley, they didn’t miss National Wake, whose songs didn’t exactly cloak their political message in layers of impenetrable metaphor. In three minutes, the band’s signature tune International News manages to decry state censorship, the war in Angola and what guitarist Steve Moni calls “the ostrich life of suburban South Africa, just spending your time deliberately trying not to notice things”. They developed a following around Johannesburg, despite club owners frequently electing to close their venues altogether rather than let them play. But when they attempted to join other new wave bands on a national tour called Riot Rock, they discovered the promoters had, as Kadey puts it, “got very, very worried about hosting this multiracial band” and applied to the government for permission. “And of course it was refused. When we arrived, they said we couldn’t play and I was adamant that we would. We actually played three gigs on that tour. The fourth gig was in Fish Hoek, very conservative, and they totally lost their nerve, they’d forbidden us, absolutely, to play. We walked on stage, plugged in, and took off and they pulled the plug within 10 seconds.”

They seem to have been viewed with certain awe even by rival punk bands: “They had an aura, like wanted men,” says Michael Flek, frontman of South Africa’s first punk band Wild Youth. “When they showed up it was like the revolutionaries had arrived”. But the pressure of existing in what Moni describes as “a thin grey area between what was legal and what wasn’t” wore on the band the more successful they became. The house they lived in was under constant surveillance. Eventually, the police told them to leave the country altogether. “We were called into an interview at Hillbrow police station with a very sinister cop, plain clothes,” says Kadey. “He told us: ‘Listen, you guys should go overseas, call yourselves Exile, you’ll make a fortune.’ He presented it as career advice, but you knew what he was saying: we’re watching you guys, maybe you should fuck off.”

“You were living on your wits a lot of the time, constant adrenaline,” says Moni. “It was very stressful. You know, you were young, you were pushing the envelope a bit, but it was dangerous too, I guess. Not just because of the police. We played in townships after midnight and there were black people there who didn’t think it was cool for black guys to be playing with white guys under that regime. It was pretty treacherous all round.”

They were, Moni says, astounded to be offered a record deal with Warner Brothers. Recorded virtually live in a couple of nights, their eponymous album was released in 1981: “Of course, it had been stripped of its more contentious numbers and the lyric sheet was partly blacked out,” says Moni. “We left it like that, to show it had been severely hacked.” Despite a limited pressing, it got a good reaction. They found themselves booked to perform at “the premier showcase for bands in the country”, a Johannesburg club called The Chelsea. “All the people interested in what was happening in rock and roll came to see us,” says Kadey. “But unfortunately the venue was very strict on race segregation, so it was an absolute bummer.” The indignity of performing in front of segregated audiences was the final straw for bass player Gary Khoza: “His spirit was just hammered,” says Kadey. He quit and the band fell apart. Moni left South Africa for Europe; after years running a mobile studio, Kadey followed suit, emigrating to the US.

That should have been that, but as it turned out, Kadey was wrong about National Wake being forgotten: their music had a strange afterlife on bootleg tapes. Around the same time, he told his story to the guy from Rodriguez’s record label – Light In The Attic is about to release a 14-track National Wake compilation entitled National Wake Walk in Africa – he was approached by filmmakers, who wanted to shoot a documentary about punk in Africa. “One of the driving forces behind the movie told me National Wake’s music had saved his life. He was a conscript in the army, fighting across the border in Angola and he was listening to National Wake on his headphones. The music had spread and I honestly didn’t know.”

He’s justifiably proud of the music on the Walk in Africa compilation if a little surprised by the reaction both abroad and back home. “South African Rolling Stone did an article headlined Everybody Loves Freedom: The Rediscovery of National Wake,” he says. “That’s a lyric from a song the Khoza brothers wrote. Those guys were so amazingly firm and steadfast, that’s how black South Africans were. I spoke to their sister today. I said, look at this: Gary and Punka’s words are finally being read and heard loud and clear in South Africa. It’s a great day. It really is.” 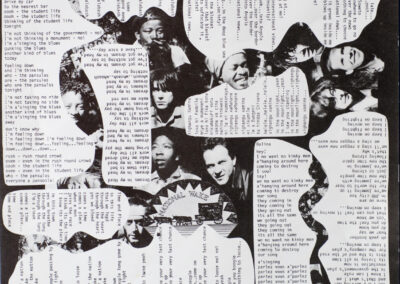 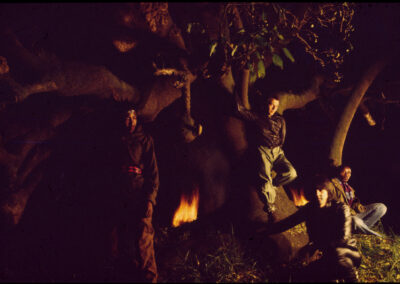 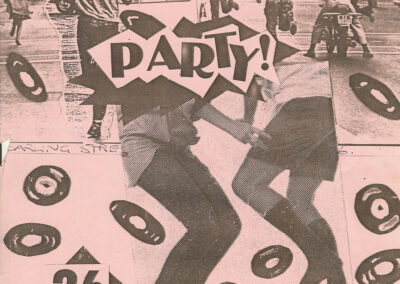 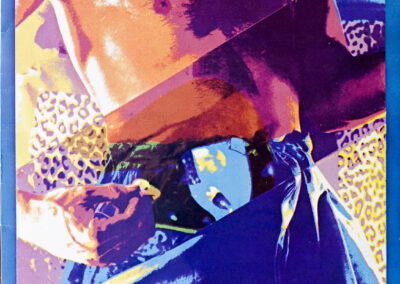 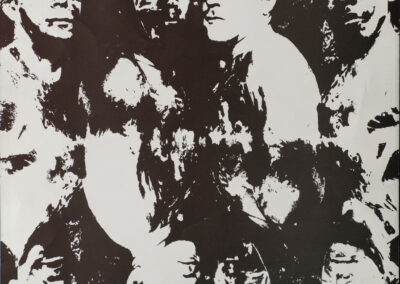 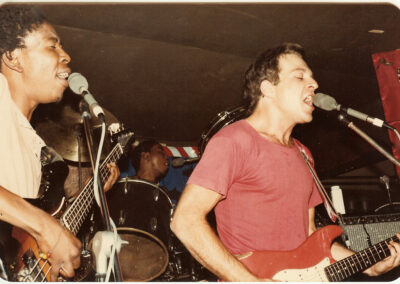 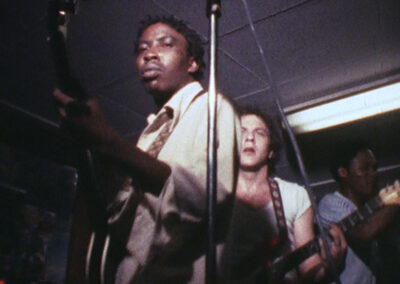 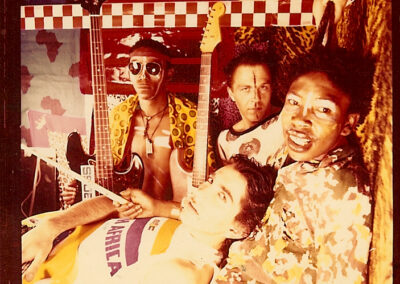 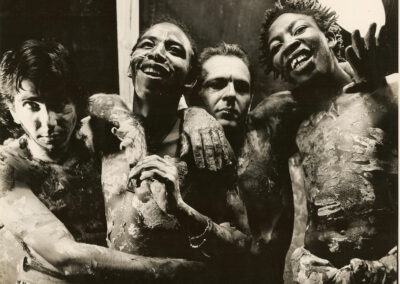 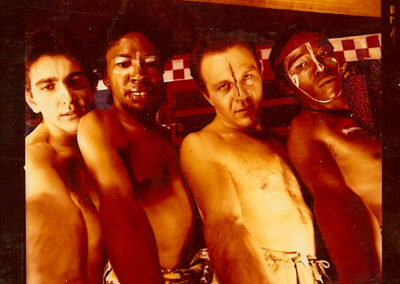 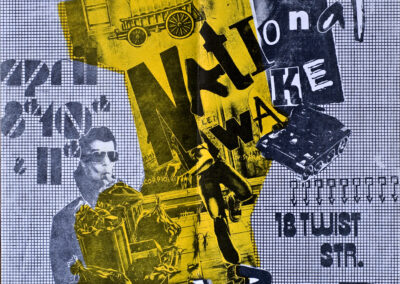 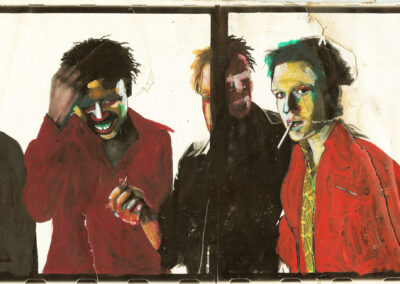 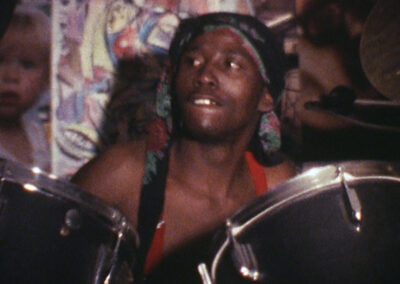 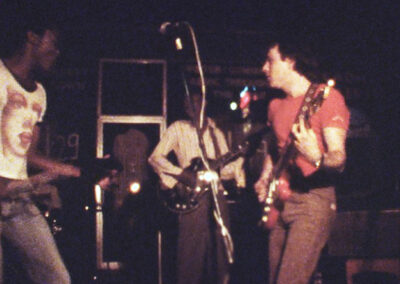 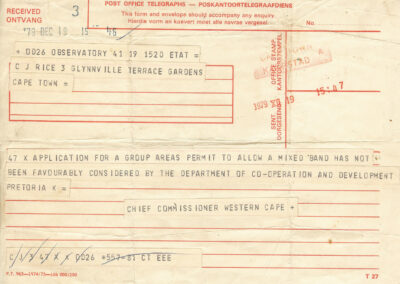 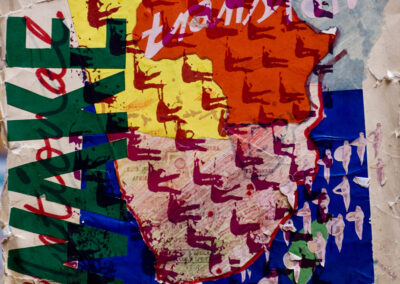