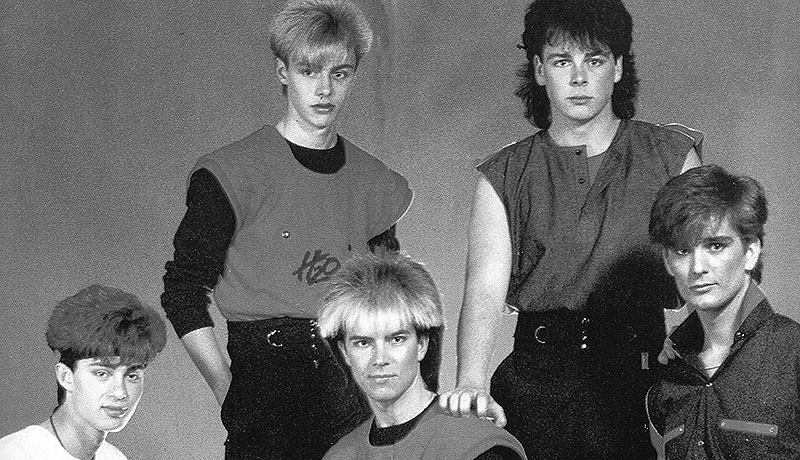 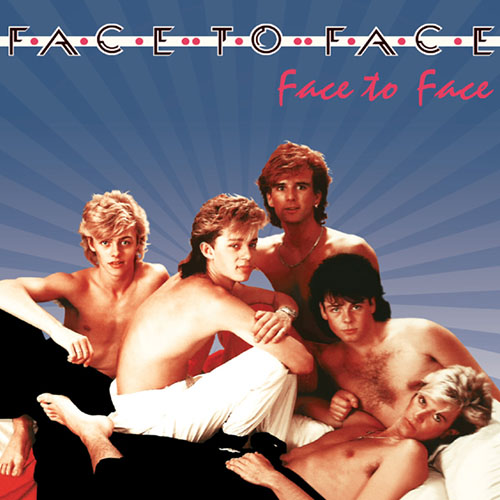 Face to Face’s self-titled debut album captured the eyes and ears of the pop public in 1984 with Number 1 hits like “Here we are“ and “Night of the long knives”. Released for the first time on CD, this reissue also includes their 1985 single “Too young b/w Sad but true” plus 5 bonus tracks from their unreleased second album.

In an era when pretty boy bands, padded shoulders, massive bouffant hairstyles, and New Romantic grooves were all the rage, South Africa had its own touch of musical glamour in the form of Face to Face.

A contagious mix of energy, ambition, and, most important of all, musicality, Face to Face rode the crest of the musical wave at a time when countless members of the younger brigade were still in mourning over the demise of Rabbitt. The band stepped up to the plate and delivered the goods – ample proof of this can be found on this extended reissue of their debut self-titled album.
Face to Face lasted 18 months, but in that time the band became a household name, with hit records, a Sarie Award for Song of the Year with “Here We Are” (which was also featured in the recent “Spud” movie), sold-out gigs and posters adorning teenybopper bedrooms across the nation. It was a right royal rave and the five musicians who made up the band – Keith McFarlane, brothers Simon Le Fevre, & John Le Fevre, Simon Fellows, and Jarrod Aston – became instantly recognisable personalities. “People thought we might be the next Rabbitt,” says the band’s former drummer Jarrod Aston, “but as it turned out we were closer to Duran Duran.” However, they were not a Duran Duran clones. The members managed to perfect a style of their own that was honest and musically honed to the era; power-house vocals, clean-cut harmonies, great pop hook lines, and a pretty image that sent members of the female population into states of utter frenzy.

How did it all begin?

Keith McFarlane was at Wits studying law and psychology. He was also a keen guitarist and singer, who lived in Honeydew with two of his musician friends, the brothers Simon and John Le Fevre. Simon recalls being slightly star-struck by Keith’s rock star persona as the `High School Trevor Rabin`. Simon taught himself to play guitar and piano from the age of 11. He formed two school garage bands, but it soon became apparent that his abilities as a songwriter were weighed towards the more melodious and radio friendly composition styles of Duran Duran and Lionel Ritchie. “Keith and I had always had an interest in music and it became clear around my 16th birthday that we were now enjoying and writing similar material. That was the catalyst for Face to Face. Simon had a musician friend named Simon Fellows whose father owned a recording studio in Randburg. This gave them an opportunity to record their compositions. “It was amazing because we had access to free studio time,” McFarlane remembers. “An engineer, Dave Subkleve then helped us cut some demo tapes.”

The next step in the Face to Face story involved a number of people who worked at record companies. Simon’s mother had a job at Moulinex which was part of Gallo Record Company and she suggested that Gallo may be interested in hearing their music. “We were all so naïve,” recalls Keith. “We hitched a ride on the back of a truck from Honeydew and landed up in the middle of Johannesburg and headed for Gallo Records.” But it wasn’t as simple as that. Gallo’s receptionist explained to the enthusiastic young musicians the procedure to be followed to get their demos heard. The receptionist had a friend, however, named Virginia Irving, who worked at RPM Records, which at the time was part of the Gallo Group. She suggested they give her a try. After a call was made, the eager young men rushed off to RPM, the demo in their hot little hands. Virginia listened to the tape and called in A&R manager Barry Guy for another opinion. Barry asked if they had approached any other company, which was a sure sign of interest.
But before Face to Face found musical fame the other cogs in the wheel had to come together. Drummer Jarrod Aston was an Std 9 schoolboy at King Edward VII High who had a friend at Wits. The friend knew Keith and the baby-faced Jarrod was soon roped in to lend both his drumming and vocal talents. He never did complete his matric. So, with Keith and Simon and Simon and John and Jarrod, Face to Face became a complete unit and rehearsals began in earnest at the beginning of 1984. In April of that year, a recording deal was struck with RPM and the record company’s creative team then swung into action to create a new pop sensation.

While tracks were being carefully selected for their debut album, Face to Face played their first professional gig at the Rand Easter Show and their performance was broadcast live over Radio 5, as the pop station was then known. Some were calling them the new Rabbitt, but RPM had other ideas and the group was marketed with a fresh appeal to a new generation of teenyboppers. It was the era that saw the New Romantics take hold on the musical front and Face to Face fitted the bill completely. Gig after gig saw them accrue countless new fans and their debut album, produced by the late Kevin Kruger and engineered by Richard Mitchell, was well received. Their hit single, Hear We Are, hit the charts with a vengeance and the song received the highest accolade in the land, a Sarie Award.

Simon recalls: “As a writer, winning Song of the Year was kind of wow I remember being prodded by the person sitting next to me saying – “hey man, I think they just called your name”. As a green 17-year old, I had completely discounted our entry from any possibility of success. I had no idea what to say once we were on the mic. Thankfully, the ever-optimistic Mr. McFarlane came to his senses first and thanked all those concerned. Recording for a second album started in 1985 with the same production team, a single from those sessions, “Too young b/w Sad but true” was released to critical acclaim that year. However internal dissent led to Simon Le Fevre leaving the band and shortly thereafter Face to Face split up without completing the album

During their short time together as South African music heart-throbs, Face to Face only did one national tour, with Irish songstress Geraldine. The fans will remember the band with fondness. Their iconic songs, “Here We Are” and “Night of the Long Knives,” still resonate with many South Africans, an embedded reminiscence of their teen angst years and their carefree 20’s. It’s a legacy of which Face to Face can be very proud.

This timely reissue of Face to Face includes the original songs from the debut album plus all the tracks from the second unreleased record, all appearing on CD for the first time. 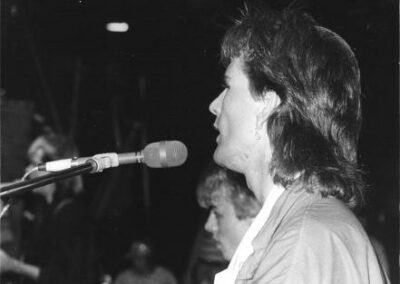 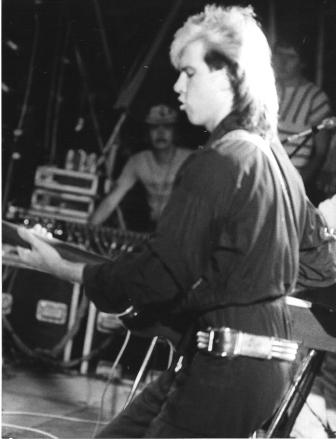 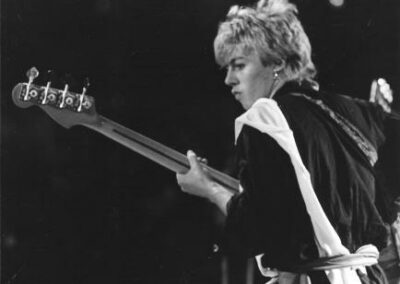 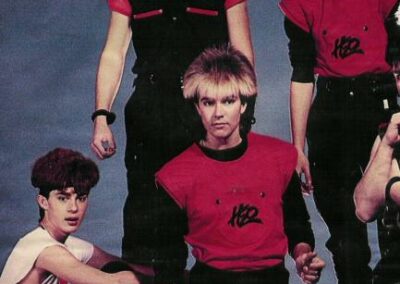 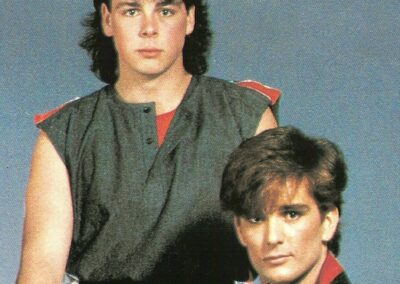 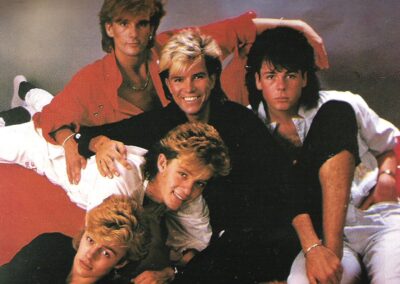 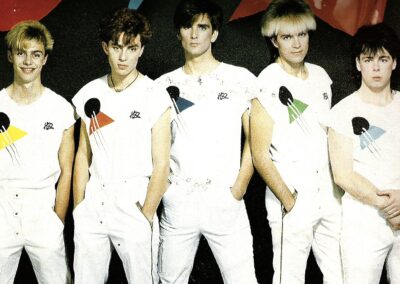 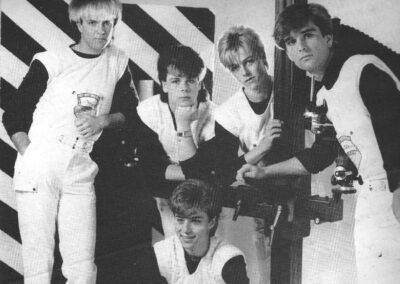 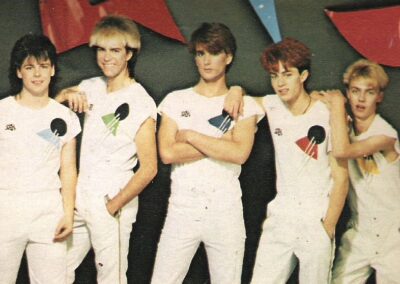 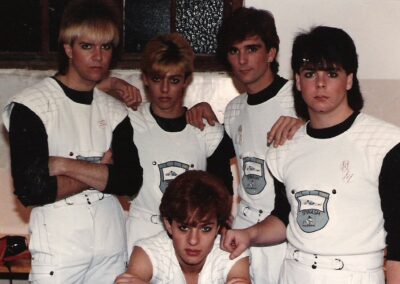 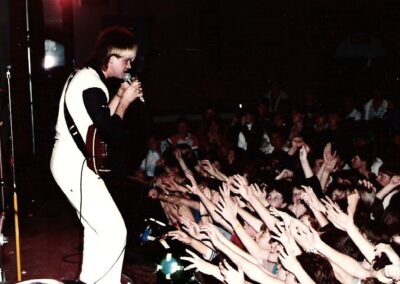 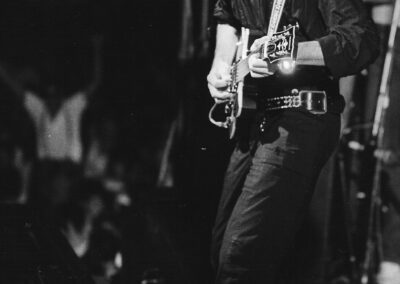 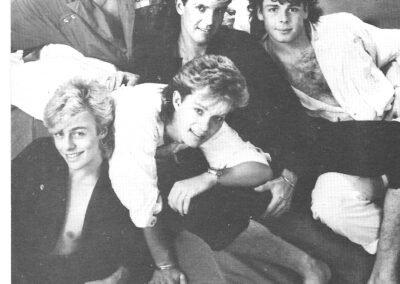 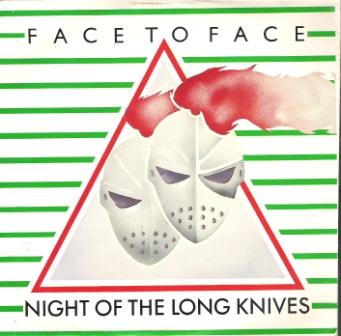 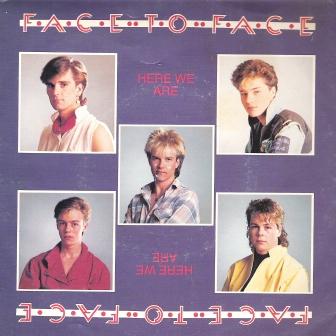 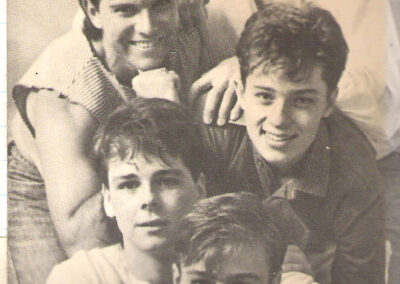 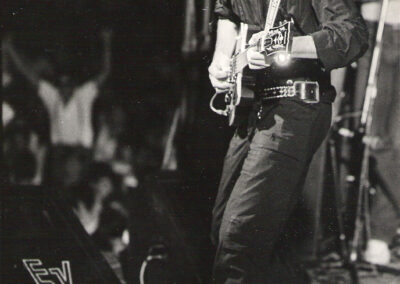 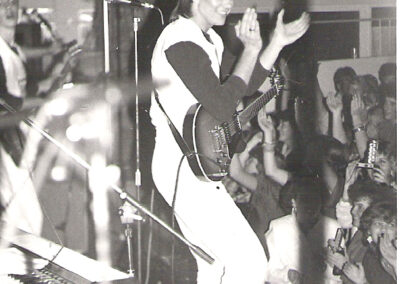 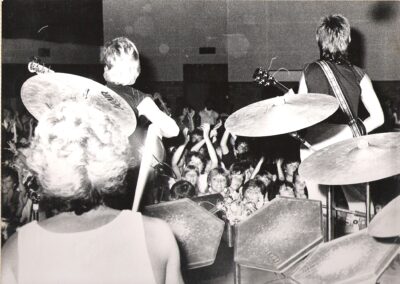 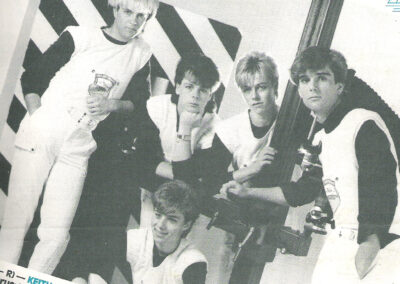 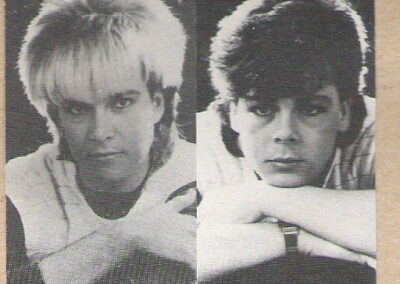 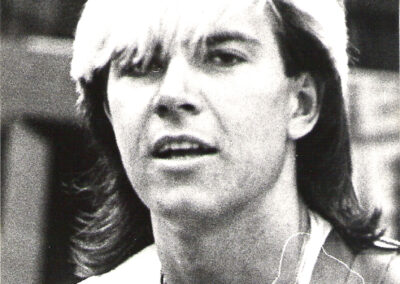 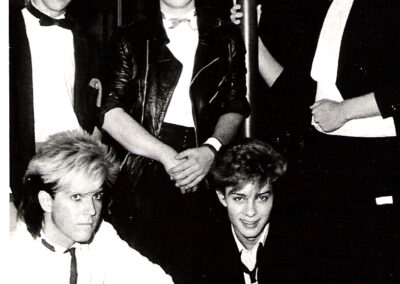 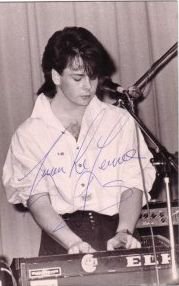