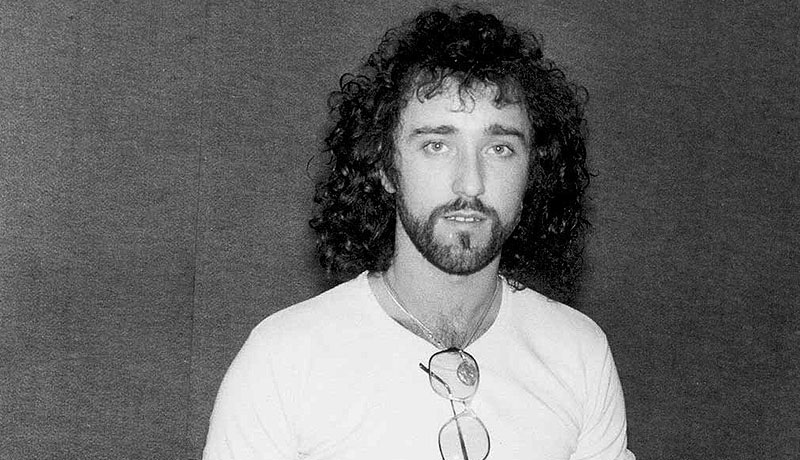 Ex Cockney Rebel / 10cc keyboard wizard Duncan Mackay’s classic 1974 debut album “Chimera’ is available for the first time. Re-mastered and approved by the artist with liner notes, rare photos, and a bonus track, “Chimera” is essential for fans of keyboard-driven prog rock in the vein of ELP and Rick Wakeman.

It was the early 70’s. Progressive rock in the form of Emerson, Lake & Palmer, Genesis, King Crimson, Yes, and countless others, was on the rise in those dim and distant lands. The closest we got to see our heroes were in the pages of Melody Maker or New Musical Express. Seeing the likes of Keith Emerson, Rick Wakeman, Vincent Crane, Brian Auger, Rod Argent, and Jon Lord in action was merely a pipedream for us, here in isolated South Africa. For those of us into the more progressive side of music, these were gods, the untouchables, almost forbidden fruit, if you will, never to be seen in the flesh. We were condemned to drown in a sea of musical mediocrity, forever to believe that the likes of “Tie A Yellow Ribbon” and “Mammy Blue” was the be-all and end-all of the music scene in South Africa.

Fortunately, all was not lost.

In spite of what the radio stations and record companies would have us believe, South Africa certainly did have a very vocal, albeit small community, of, dare I say it, more “discerning” music lovers, and we had some really great bands who, sometimes under incredibly difficult conditions, managed to release some fantastic albums. 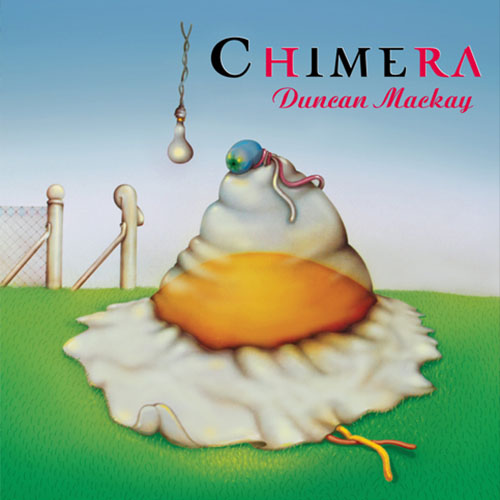 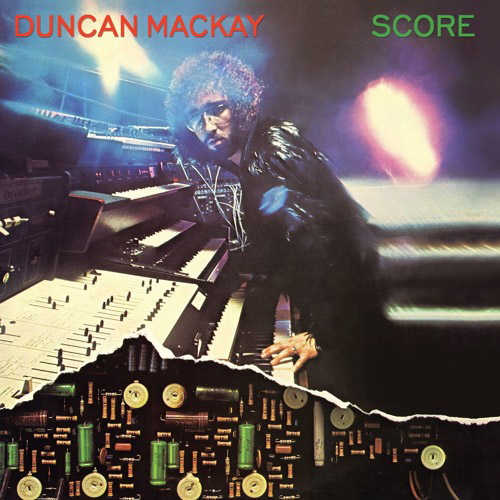 We had Freedoms Children, Otis Waygood, Suck, and Hawk (most of these legendary bands’ albums have been released on CD on the Retro Fresh label,) and a host of others.

And we had Duncan Mackay.

Born in the UK, he won the best young violinist in Great Britain award, and in 1963 he went to Shrewsbury School on a music scholarship. His family came to South Africa in the late ’60s, where he achieved L.T.C.L and L.R.S.M violin teaching diplomas at Port Elizabeth University. Whilst studying, Duncan would earn money playing keyboards at local music venues which lead in 1970 to a tour of Brazil with members of the Sergio Mendes band.

Moving to Johannesburg in 1971, Duncan and drummer Mike Gray were working the hotel cabaret circuit but were getting restless. They wanted to spread their wings and play the music that stretched their talents.

As fate would have it, a week from finishing a residency at The Criterion, they were approached by a big Scotsman, Tom Buchanan who had been listening to them all night. Having won the lease to an old restaurant at the bottom end of Jeppe street in a poker game the previous evening Tom had the dream of converting it to a venue for progressive music and asked Duncan to take the gamble with him.

Duncan grabbed the opportunity, got stuck in, built the stage, and started rehearsing. Word soon got around that this was the place to go. “The Branch Office” was born, named by Tom after a New York jazz club.

I remember hitching all the way from Sandown, as it was known then, sometimes with a few friends, always concerned that I wouldn’t get to the venue in time for the first set.

The banks of keyboards, the monster double bass drum kit, the endlessly revolving Leslie’s, and the air fan blowing in the face of one of the finest keyboard players I had ever heard. His musical skills and the energy he put into his performances ensured that the punters, like myself, kept coming back. I looked on in awe as he effortlessly moved from keyboard to keyboard, his feet playing the bass pedals, never fails to blow me away, and I was forever grateful to my future brother-in-law for taking me to this place.

Duncan and Mike practiced day in day out, honing their skills, playing Peddlers, Nice, and ELP material, as well as Duncan’s own compositions. Everybody, from record company execs to musos, to members of the media, used to flock to this fantastic new music venue to hear the seriously talented band that played there every night. The band, now known as Tricycle, with the addition of Duncan’s brother, Gordon, on violin and keyboards, was the talk of the town. The Peddlers themselves visited the venue during their highly popular visit to the country.

It was on one of these sold-out performances that Peter Knight, head of Phonogram International, visited the club, and the seeds were sown for the recording and release of the album you hold in your hand.

“Chimera” was recorded virtually “live” at Gallo Studios, Johannesburg in April 1974. A week of hauling his B3, Leslie’s, and ARP synths back and forward between the club and the studio. Putting down what was to become a milestone in keyboard-orientated progressive rock in South Africa.

Originally released on the Vertigo “Spaceship” Record label, the album was produced by Duncan and re-mixed at Pye Studios in London. It featured the near twenty-minute-long epic “Song For Witches”, a track drenched with some of the most intricate keyboard work you’ll hear anywhere from the awesomely talented Duncan, who used as many as 14 keyboards on stage! He was superbly supported by Mike Gray and Gordon. The other two tracks, “Morpheus” and “12 Tone Nostalgia”, a personal Branch Office favourite, put the seal on a phenomenal piece of work that has, until now, been tragically omitted from the compact disc format.

But now, the album, in all its re-mastered glory, is finally available on CD, thanks to Benjy Mudie, who has been on a crusade to release long, lost, and much missed South African classics on his Retro Fresh label.

And Duncan? Well, we’re talking about a musician who went on to become extremely highly regarded and much in demand. His biog is the stuff of legends, Check THIS out:

Returning to England, at the invitation of Peter Knight, Duncan joined Ginger Baker and the Gurvitz brothers, Adrian and Paul, in the Baker Gurvitz Army. Apparently, they weren’t the easiest musicians in the world to work with and not much came of this. He then started rehearsing with Jon Hiseman and Gary Moore in Hiseman’s newly formed Colosseum 2, although he never recorded with the band (Don Airey appeared on the band’s three albums).

Then, in 1974 he joined Steve Harley and Cockney Rebel, enjoying a number one hit in the UK and Europe with “Come Up And See Me, Make Me Smile”, followed by extensive touring and four gold and platinum albums.

During this time he recorded and released his second solo album, “Score”, with respected musicians such as Clive Chaman – bass (Jeff Beck, Hummingbird), Andy McCulloch – drums (King Crimson, Fields, Greenslade), and Mel Collins – sax (Kokomo, Camel). His skills as a session muso were much in demand and he featured on Kate Bush’s first three albums and albums by Camel, The Alan Parsons Project, and Budgie.

Solo album number three, “Visa”, which was pretty solo in every sense of the word, barring guest appearances by Simon Phillips and Alan Jones, was released in 1980.

Duncan became a member of lOCC. The first album he recorded with the band “Bloody Tourists” included the worldwide number 1 hit “Dreadlock Holiday”. The album went platinum and was followed by stadium concerts worldwide.

He was appointed musical director for ex-Vinegar Joe hottie, Elkie Brooks, and played on her next three albums. And it goes on and on……

Nothing like name-dropping, but you gotta admit, that’s one helluva pedigree, and a past to be seriously proud of!

Not satisfied with just performing anymore and wanting now to concentrate on composing and production, Duncan had started investing in his own studio and so, when in 1993 he returned to South Africa he opened “Down South Recording” from which he has written for many TV campaigns. The theme and incidental music for “The Syndicate”, SABC’s number 1 rated 13 part drama series. 24 songs for a new “Pingu” educational DVD in the UK. Several wildlife documentaries including “White Lions – King of Kings” were commissioned by Animal Planet. An album collaboration “Reunion” with Greg McEwan and 4 albums with South Africa’s virtuoso classical guitarist James Grace.

So here it is – The first-ever recorded work by Duncan Mackay – they don’t play them like that anymore!!

Rock keyboard genius Duncan Mackay hooks up with heavyweight players like John Wetton (King Crimson, Asia), Steve Harley (Cockney Rebel), and the London Symphony Orchestra on his second album “Score”. Released in 1977, it marks a departure from the all-instrumental direction of his debut “Chimera” to a more traditionally structured rock album without losing his prog-rock virtuosity. Highlighted by soaring vocals, stellar playing, and sweeping epic songs, “Score” is a welcome addition to Duncan’s musical legacy. 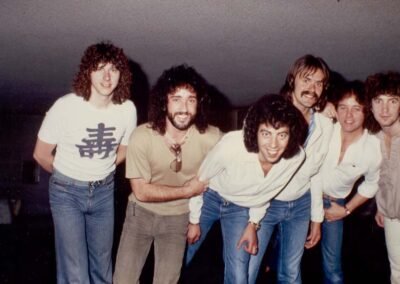 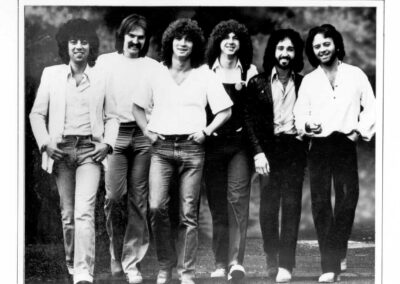 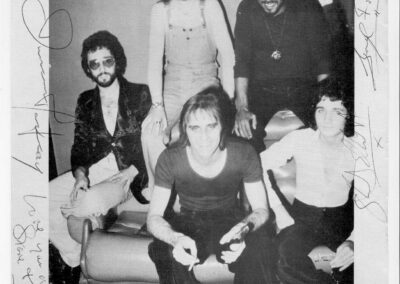 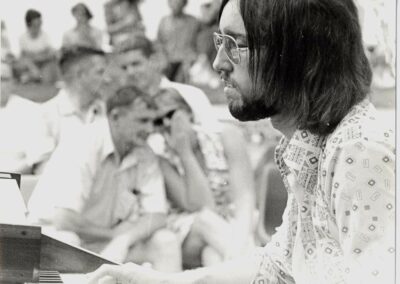 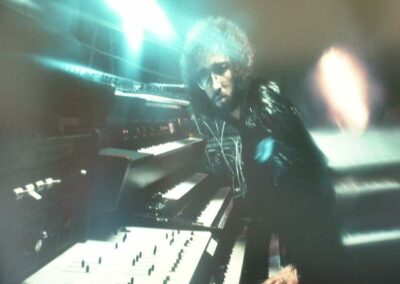 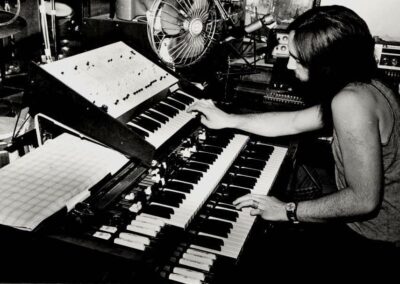 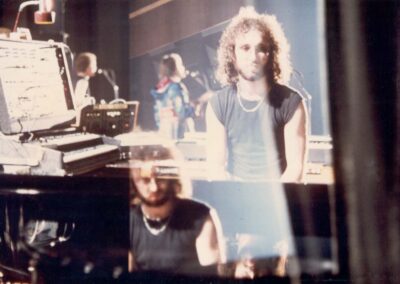 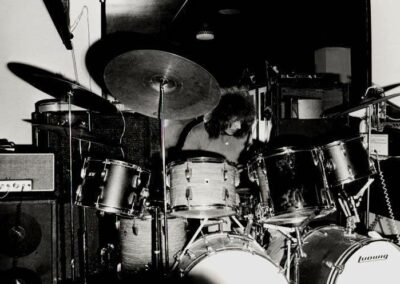 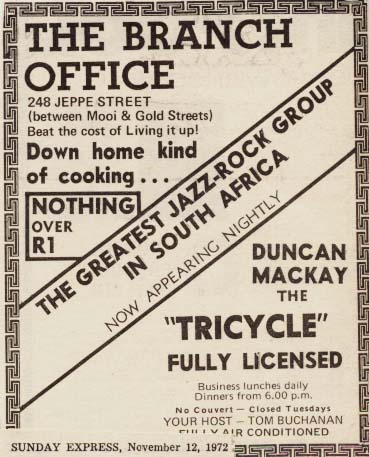 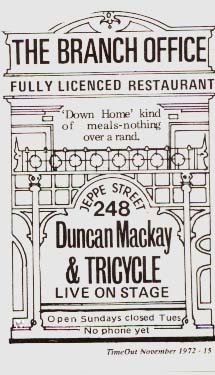 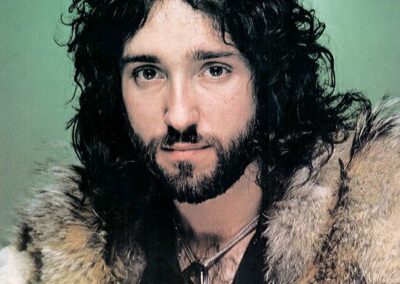 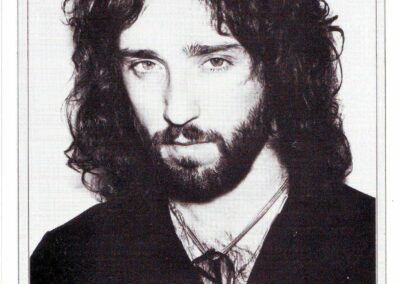 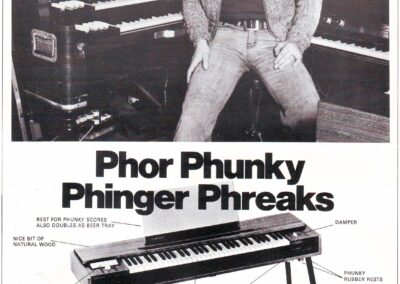