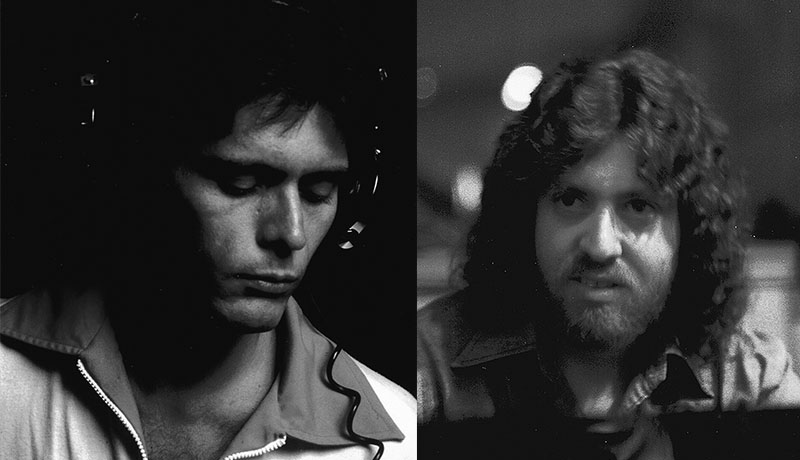 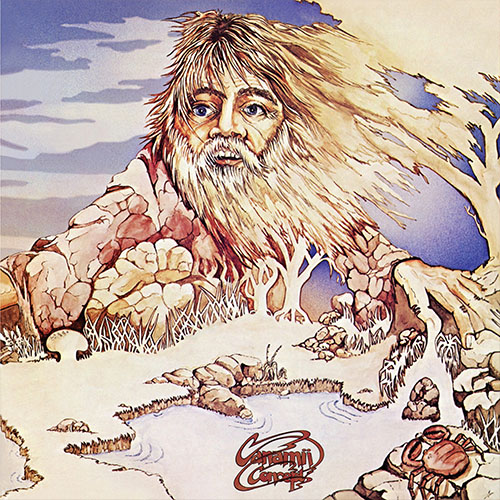 Originally released in 1980, “Concept” was the sole album by studio engineer/producer Phillip Nel and vocalist Claire Whittaker. Along with guitarist Paul Woodley, this keyboard-driven prog-rock album is comparable to early ELP, Curved Air, and Renaissance with its fusion flourishes and soaring vocals.

The Concept of Concept

The name Canamii was derived from the star signs of Phil Nel (Cancer) and Claire Whittaker (Gemini).

Both Claire and Phil worked for EMI as engineers, Claire was a tape mastering engineer and Phil was a studio engineer. Phil went on to become chief engineer of EMI (SA) and chief engineer at Downtown studios (Gallo Africa).

Although not originally part of the initial concept Paul Woodley was asked to join the project because of his jazz/rock influenced guitar playing as can be heard on the tracks Afrock, Phantom Players, And the Moon Be As Bright. Claire’s vocal style was very much influenced by Annie Haslam from the band Renaissance. Claire also had a very strong 70’s folk influence in her vocal style. Phil’s forte’ was in programming synths such as the Synclavier, Fairlight, Jupiter 4, Korg, Moog, RMI, and the ARP.

Phil also has grade 8 classical piano (Royal Schools of Music) and his major musical influence was Emerson, Lake, and Palmer, especially ELP’s LP release Tarkus as can be heard on the Canimii Concept tracks Toccata and Tri. Phil’s other influences were Rick Wakeman, Yes, and King Crimson along with the Russian classical composers such as Rimsky Korsakov, Mussorgsky, and Khachaturian.

Tim Kensella, a long-time friend of both Phil and Claire was asked to do the vocals on the track Spiral. This track also features the RMI synth. Short of one track to complete the LP, Phil, Claire and Paul spent an entire night in EMI studios and wrote the track Children, using just guitar, a Jupiter 4 synth, and the Dr. Rhythm drum box.

Claire remembers: “In the bad old days of the 80’s I was incredibly inspired by music – writing lyrics, creating songs, my heroines were Annie Haslem and Kate Bush, I believed that lyrics, like poetry, told a story, loftier than that of mere words. Music to me lifted me high above the normal realms of thought into a place where colour and light merged, this is the picture I aspired to create for the listeners of Canamii … Phillip Nel, an incredibly accomplished keyboardist and I created many pieces – only a select few – were chosen for the album. He also taught me sound engineering and mastering of cassette tapes. He and I worked for EMI in those days. Paul a super guitarist brought a great sound to the mix and together, Canamii was born. Which actually came from “Cancerian” Phillip’s star sign and Gemini – which is my own star sign. Can-(a) – mi (i) I loved the studios – the soft lights, ambiance, plush carpets, and incredible reproduction of sound. The control rooms were perfectly and scientifically balanced. A place where the softest or loudest notes were played back at you with clean clarity. I actually wished that I could have a sound system in exact replica built in my lounge.”

“I loved the creation of the pieces which used to start with a simple rift which would just take on a life of its own, almost a personality, music made me come alive – I was never the same after that.”

Paul recalls: “I met Philip through Claire, my sister-in-law. Phil had a home recording studio and he and Claire had formed an emotional and musical bond. Claire had mentioned to Phil that I played guitar. Philip invited me around to listen to their works. I was impressed and jumped at the opportunity to add my musical flavour to their creation. Phil got a job as an engineer with EMI in the Joburg city center and was given free rein to record and experiment in order to grow his knowledge. We started the whole Canamii project from scratch in EMI’S Studio 1. We tackled the project with enthusiasm and spent almost every night and weekend recording. It was a great experience recording on a sophisticated desk and in a world-class studio. We had no time and cost restraints which was a pleasure. The project took many months to complete. Several accomplished South African musos were involved in the project, Ashley Kelly bassist, Tony Moore drums, and a few more guys whose names have slipped my mind.

We were delighted with the outcome of the album which brought a new flavour to South African music. Unfortunately, we never got to perform live, but we all continued our musical careers separately thereafter. It was a great experience that I will not forget, my first recording which resulted in an incredible work of art.” 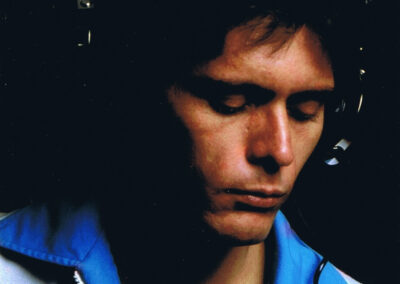 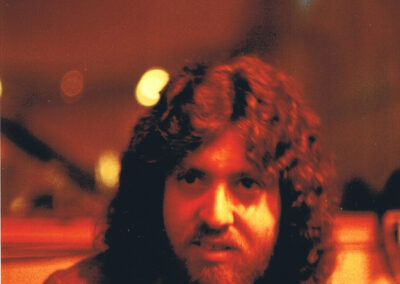