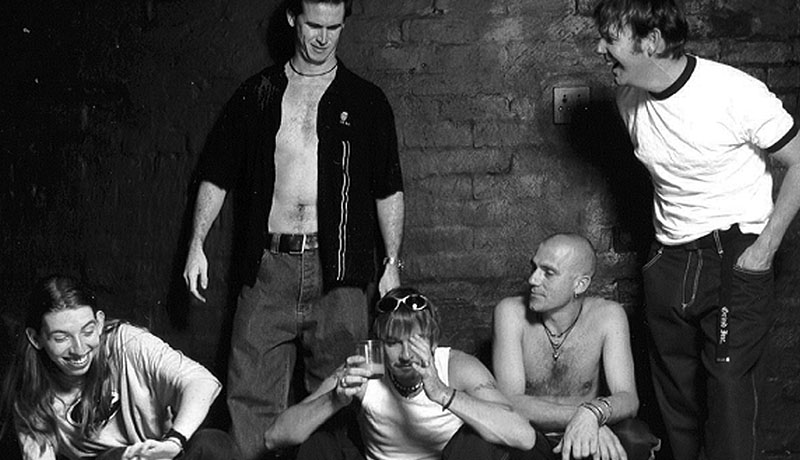 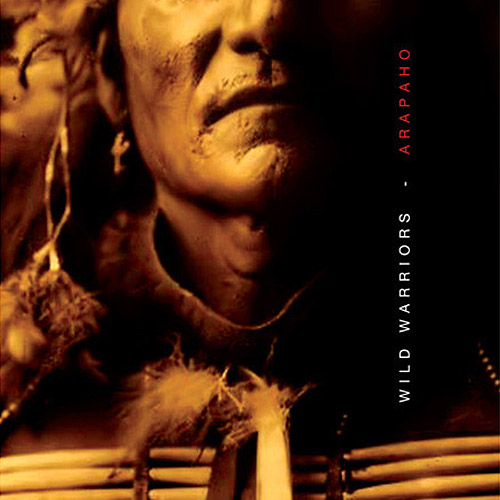 What four bored guys did when the surf wasn’t pumping in Durban made modern rock history – the extent to which none of them could quite believe.

Arapaho was born of frustration when a group of friends sat on a stretch of beach between Snake Park and Dairy Beach negotiating wimpish waves and blue bottles. What to do when the surf is anything but up? Start a rock band? “Why the hell not,” insists Keyboard player and songwriter Gavin Meiring.

With a huge beach culture, where everyone practically sits on North Beach waiting for decent waves, when, what is called an ‘Eastlery’, which is an onshore wind, there is practically no surf. “Everyone sits around, either causing trouble or you start a band – we did the latter,” Gavin laughs.

Lead guitarist and Vocalist Alistair (Murdoch) and Gavin had been playing together for a while when, over time, other guys started showing interest. It was then that the name-less, faceless group of guys decided to jam together.

Alistair owned his own vegetable business and the premises was perfect noise making space, being in an industrial area well away from anyone who might complain. “When the waves were crap, we’d go to the room and start playing music,” Alistair explains.

“We weren’t very good,” Gavin interjects. “From the word go we played our own songs because, bar Alistair, who was a Hendrix fan, none of us knew how to play anything other than what we wrote – which served us well in the end. It helped because we were able to make it up as we went along. We would all come up with different melodies worked out, only because we didn’t know how to read music and we pretty much took it from there. It was an evolutionary thing, because drummer Nigel (Tarboton) and Brett (Savage) on bass would come in and add their layers atop the melody and Alistair would Rock it up.”

Suddenly the songs started to come and more and more people from the beach would come down to the groups jamming sessions and hang out, “purely because it was a cool thing to do,” Gavin recalls. It soon became a big social gathering, and pretty soon the guys realised that people were singing the songs they had written, in their heads, at the beach without a single track even recorded.

“It was at that point we decided to record the few songs we had, so that the guys at least had the songs to play in their cars,” Alistair remembers. “We all had this fascination with American Indians and the culture, hence the name. If only because we thought it would be a bit contrived if we called ourselves the Zulus,” Gavin jokes, “being white boys and all. People often used to ask us what the significance was, and there wasn’t any really, besides the fact that it was short and powerful – a lot like our songs I suppose.”

One of the band’s first songs “Wild Warrior” was all about the tribe. It was also one of the first tracks Arapaho recorded, which a DJ by the name of Pedro Carlo who played at Hard Rock Caf?picked up on after requests started pouring in. “Everyone started freaking out to the songs and the demo was then sent up by Pedro to Universal in Johannesburg,” Gavin adds. “Gary Finch heard it and the next thing we knew he was in Durban asking questions about us.”

This was late 1995, more than three years after the idea first popped into the bands heads to record anything. “Gary asked us if we had more songs, and we lied and said yes,” Meiring jokes. “We didn’t give a shit really, which in turn caused a lot of dissatisfaction from other bands that were desperate for a deal, whereas we weren’t. We all had day jobs, – we were just having fun.”

The band then went into the studio and recorded as many songs as they knew. All were recorded live, with no overdubs, just a room full of raw energy. In the end Arapaho had recorded 18 to 20 songs, which were all sent up to Jo’burg. After a selection of 12 songs they were re-recorded for the an album called ‘Wicked Wonder’

“Next thing, we were signed, a three album, five year contract,” Alistair informs. “At that stage we were all looking at one another wondering what all of this meant?”

Suddenly the rock’n’roll machine kicked in and Arapaho fast became darlings of the South African music scene. Playing gigs and releasing the album was our central focus and with the impending Bon Jovi tour of the country we were chosen, by their management, to support them. “I’m not sure why,” Gavin recollects. “Perhaps they thought we were closely aligned with the music they played.”

They made the bill having just two months prior been jamming on the beach to opening for one of the worlds biggest rock acts of the day. With all the shows sold out, Arapaho were set to play before more than 40 000 screaming fans – a far cry from a jam session in a vegetable warehouse on the South coast of Africa. ‘We had never played to more than 2 or 300 people in a club up to the point,” Gavin alerts, “I remember walking on stage and quite literally getting hit squarely in the chest by this wall of sound. They shouted Arapaho and I had to start the opening bars to “Wicked Wonder” and I froze. I don’t remember another thing after that. All I know is that we got through it. I was told after the fact that the set was incredible and people went mad for our stuff.”

From there it was onto two gigs in Jo’burg, both exceeding 60 000 people a night, ending at Kings Park stadium and quite literally overnight Arapaho had become this stadium rock band, “it was nuts,” Alistair recalls. “Bon Jovi refused to do any press,” Gavin adds, “so we took advantage of their absence and got onto every TV and radio show in the country, which served us well – it put us on the map.”

What followed was a series of tours and concerts including opening for touring British Rock band Def Leppard, The Princes trust concert in which they shook the hand of Prince Charles between the only two albums the band ever recorded. Squeal’s David Birch produced Arapaho’s debut album, just prior to his own band becoming equally popular throughout the country.

Album two ‘Half a Mile from Eden’ was a personal highlight for the band, “we recorded non-stop for two weeks solid, Gavin recalls. “Although it was strenuous, we worked as hard as we played and the end product, for me was the best work we did. There was a great sense of achievement when that record came out. We were green, naive when we recorded the first album, but collectively both albums and the songs on them still hold their own today.

“There were a lot of bands around at the same time that really paid their dues,” Gavin continues. “Urban Creep, Squeal all did it the hard way, but we had come along, not having done any of that, found a shortcut and it upset a lot of people because for them it was a living, for us it was a jol and it really didn’t matter. We said to ourselves that we would keep doing this as long as it was fun. And quite literally that’s what happened. After the second album, the tours became more extensive, doing 24 dates in 22 days all over the country and we were all juggling our day jobs and with there being little or no money in it, we called it quits. Touring was expensive. I do think that if we had been in our early 20’s it would have been a different story, but we weren’t.

“We lived it, we enjoyed it and I have no regrets, it was a brilliant time and we all learnt a lot,” Alistair ends. “With Lithium and the Nude Girls coming in, the musical landscape was changing and we felt we had done our bit and we moved on and that was it.”

With favourites abounding “Butterfly Angel” is Gavin’s favourite to this day. “The inner meaning of the song deals with death and the hereafter. It’s a positive song that promises, if only the illusion, that there is a better life after death.”

A song that probably optimises all that Arapaho were. They lived it to the full, with no reason to doubt any part of their success and affect that their music had on a generation fast evolving. The band may be long gone, but as with all great bands, the likes of Arapaho – the music will always live on, long after the crowds are gone. 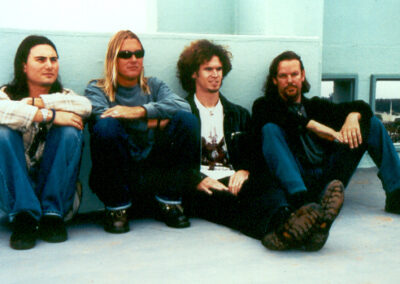 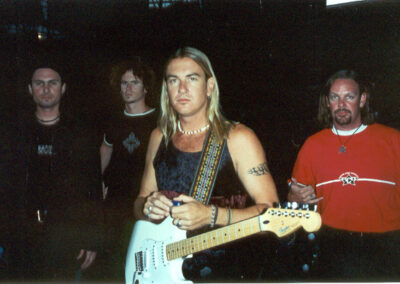