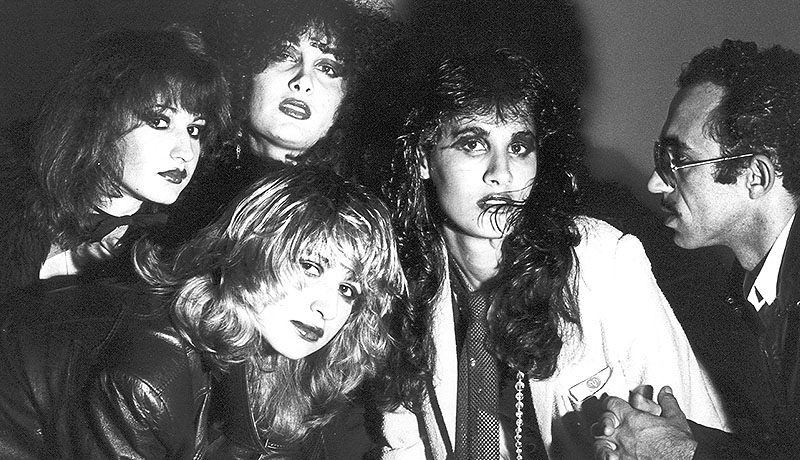 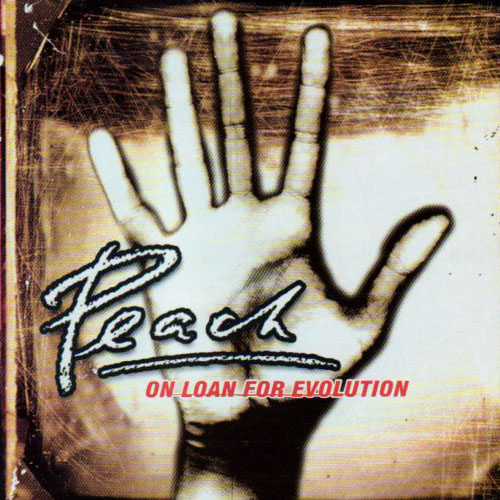 SA Buyers
Cheeky, trashy, sleazy, fired up post-punk from four teenage girls and a guy who defined the ‘new wave ‘explosion of the mid ’80s….best remembered for their fired-up live shows and a handful of classic pop hits like “Its so luvverly”, “A lot of things”, ”Nightmare” and their wickedly edgy version of XTC’s “Complicated Game”. All the hits are included plus an unreleased gem in “Out of tune”, the proverbial ton of rare photos and liner notes by the band’s then-manager Graham Boynton.

It all took place around the turning of the decades, from the 1970s to the 1980s. Out in the wide world those two big Cs – conservatism and capitalism – were in the ascendancy with Thatcher and Reagan leading the West away from the feelgood liberalism that had flourished in the Sixties and Seventies. Rock stars who’d once protested against the establishment through their music and lifestyles had now embraced it. There were Yuppies everywhere.

So, not surprisingly, a new generation of teenage pop musicians had taken center stage yelling, shouting, cursing, and occasionally harmonising at everything that was old, flash, flaccid, and …establishment. The Sex Pistols and The Clash had blazed the way and a veritable army of punks and new wavers had come charging through in their wake.

In South Africa, things weren’t too good. We’d swapped one verkrampte leader -Vorster – for a slightly less bloodshot version of the same – PW Botha – and with Nelson Mandela still in jail, the country remained the pariah of the world. Zimbabwe was still Rhodesia, well it was actually called Zimbabwe-Rhodesia, and that nice man Mr. Mugabe was waiting in the wings. In southern Africa, we were isolated culturally and pretty much on our own socially. We had to entertain ourselves.

Cut to Durban, sleepy last outpost of the Old Empire where nothing much happened and if it did nobody was really taking much notice anyway. On the music front there hadn’t been much activity since the fabulous Flames lit up the beachfront clubs in the late Sixties and since Freedom’s Children went all cerebral on us in darker dives in the Seventies. The beachfront was lined with bars and clubs that offered live bands – all very proficient technically – doing cover versions of Billboard Top 40 hits, but that was about it.

Around this time, on this cusp of the decades, in a practice room the size of a broom cupboard up on the Berea, a musician by the name of Allan Rosenberg was teaching four young girls how to play rock’n’roll. Rosenberg had a serious pedigree, having been involved with Trevor Rabin and Duncan Faure in the lead-up to Rabbit, and with Cindy, Jenny, Ingi et al as they were becoming Clout, but he was neither pretty enough to make Rabbit nor female enough to get into Clout. His pupils were two pairs of sisters with distinctly un-rock’n’roll names: Panagoula and Fotini Borsis, and Cocona and Evangelia Chazimarkou.

Which is where I came in. I had just returned from four years in the U.K. during which time I had witnessed and written about the rise of punk and the new wave. Within weeks of being back in Durban, I saw the group do a short set at the Wagon Wheels hotel/motel and was taken by the sharp edgy songs Rosenberg had written, the tightness of the band, and the power of the 14-year-old lead singer, Evangelia Chazimarkou. They reminded me of the Rezillos, albeit as a raw garage version of Fay Fife’s Scottish band.

So, meetings were arranged, discussions were held, and we went into business. The set was worked on, photographers were brought in, stage outfits were designed, and the unpronounceable Greek names were replaced by something slicker. Thus was born Angie Peach (lead vocals), Penny Power (drums), Tini (lead guitar), and Carole Wood-Green (bass) and at their first headline gig at the LA Hotel in November 1979, they blew the full house away. Duncan Gibbon, the critic from Music Maker, wrote: “Peach is a new wave band the likes of which we have not seen in this country before….. With a strong image that will grab attention and a stack of original songs that will hold it, Peach is on the way.”

After that things started moving quickly. A few weeks after the LA gig EMI’s Alan MacGinnis and Paul Zamek flew to Durban to see Peach – and signed the band over a bottle of champagne straight after the gig. Joburg – the Hillbrow clubs and the EMI recording studio – beckoned. So it was that the M1 highway between Durban and Joburg became the road to work and the band commuted back and forth in a dung-brown Ford Granada.

As a live band, Peach came together brilliantly in the summer that straddled the decades. Angie turned 15 and began to prowl the stage with confidence, while Allan – surname now sensibly shortened from Rosenberg to Rose – held it all together as a bandmaster should. They played clubs like The Boogie Barn, Plumb Crazy, and Sinatra’s in the Hyde Park Hotel to increase acclaim from critics and audience. The Rand Daily Mail critic Rob Woodburn, who was no slouch out at handing out barbed reviews, was typical of the drooling critics when he wrote: “After a tearaway one night stand at Sinatra’s, there can be little doubt that Peach is the juiciest band to hit the scene in a long, long time. Angie Peach is a raunchy rocker who manages the total transition from schoolgirl to the stardust-sprinkled steamer at the flick of a microphone switch. For Clout, see Peach.”

Peach, as the music industry okes used to say, got good ink.

The set invariably opened with Alan Rose’s dramatic reworking of XTC’s Complicated Game and bounced straight into the amphetamine-fuelled cover of an old Tommy James and the Shondells number I Think We’re Alone Now. After that it was a fierce assault of two-minute originals, some of which are included here: Look Sharp, A lot of Things, Stop That, and Roller Coaster were all highlights of the early sets.

It was during this time of heady Joburg gigs and long hours in the studio with the eminently patient EMI engineer Ian Martin, that a clutch of new songs was written and which gave the band another dimension. First, there was Flesh’n’Steel, an eerie number set in the future which detailed the love of a teenage girl (Angie) for an android (“together we can start a new race, the Adam and Eve of outer space.”)

Then, as a response to the heated political situation that prevailed in South Africa at the time, It’s So Luvverly (Sitting on Fences) was written on a cool clear winter’s afternoon in Orange Grove. The loping ska beat was reminiscent of the Two-Tone bands that had run alongside the punks in the U.K. in the late Seventies. The idea behind that song was to explain young white kids’ apocalyptic vision of a South Africa without political resolution, a country set in infinite apartheid, where the angry young black kids have “got their guns and RPGs” and are in the process of “burning down the City Hall tonight.”

“I don’t know what we’re going to do, it’s pretty tough on us white youths,
The rebels call us enemy, that kind of stuff is getting at me
The kids are taking to the streets, I think they’re putting on the heat,
They say we rob them day by day, and our last chance has slipped away.”

The new songs were received ecstatically by the critics. Again the Rand Daily Mail critic Rob Woodburn: “It’s So Luvverly, dedicated to the schoolchildren of South Africa, shows Peach responding with a maturity beyond its years to the current political environment. And the sci-fi number Flesh’n’Steel serves to underscore the conviction that this band was only just beginning to show its enormous potential.”

There was also the re-arranging of The Trick which again had the smoldering teenager Angie lusting over an unobtainable male, in this case, her history teacher. This song has one of the great rock couplets of all time, a piece of lyrical combustion from Alan:

“My smokes and marbles just fell on the floor,
Oh fuck, how’m I gonna pick them up
I bend down so slowly now.
I think that did the trick.”

Although A Lot of Things was chosen as Peach’s first single, they had problems recreating the urgency of the song in the studio, and arguments continued for months. There were some who felt Flesh’n’Steel, which ended up as the b side should have been the main single, but A Lot Of Things was eventually released in October 1980 and raced into the Springbok Top Ten.

So, 1980 brought huge promises and many promises. They were invited by Professor Christopher Ballantine, head of Natal University’s music department to play a prestigious university concert and 2,000 people packed the hall to capacity; in December they did a sell-out tour of the country which ended up with a show-stealing performance at the first Pretoria Pop Festival. Peach was touted as the latest South African band that would “crack it overseas”. EMI said that European releases were imminent. The girls were featured in local magazines and Angie Peach in particular became a face of the time.

But somehow, around the time the band released their next single, it all began to fizzle out. This despite the fact that Nightmare, which was to become their next single, and their first number one, was their best song to date, musically and lyrically. At the same time, they were finalising the tracks for this album and receiving the SARI award for the Most Promising New Band, things started falling apart.

I’m not sure what happened. All the promises, all the big dreams seemed to evaporate. I headed back to England, the band played only occasional gigs. Angie did some work with Via Afrika and sang on Miami Steve Van Zandt’s protest hit, Ain’t Gonna Play Sun City, or something like that, and Allan ended up selling fridges at Dion’s.

This CD is what’s left. It’s raw, unexpurgated, flawed, and the rest, but it does capture the power, passion, and smarts of a very interesting, if brief, interlude in the history of South African pop music.

We had a great time, and I shall always remember it as the nearly years.

Angie Peach is now based in Australia and sings backup with Savage Garden. Her sister Carole also lives in Australia and has two children. Tini stayed in Joburg, but her whereabouts are at present unknown. Penny Power was killed in a car accident in Pietermaritzburg on April 24, 1994. Allan Rose now runs a successful furniture business from home, from where he is conveniently situated to nag his wife. Graham Boynton lives in London with his family and is a senior editor at the Daily Telegraph. 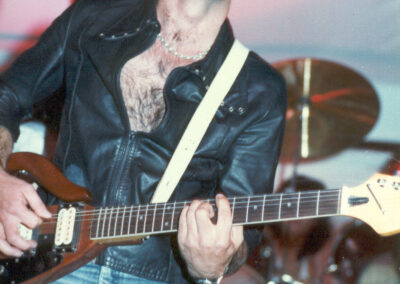 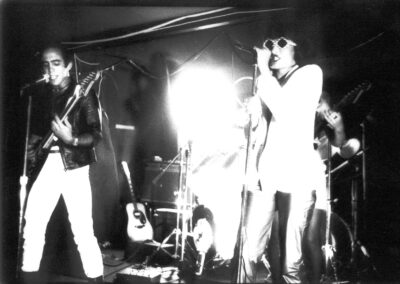 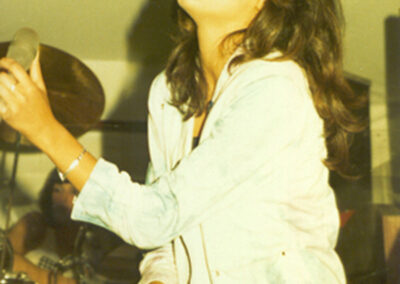 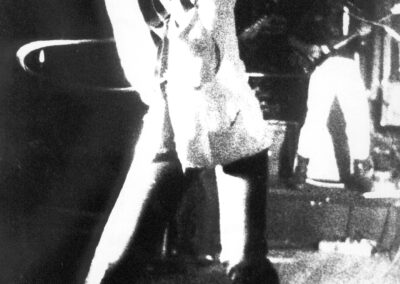 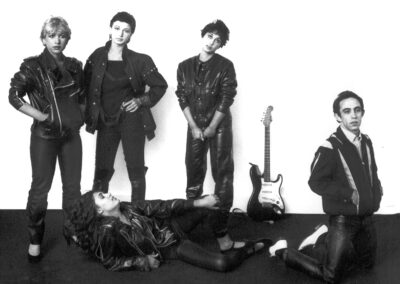 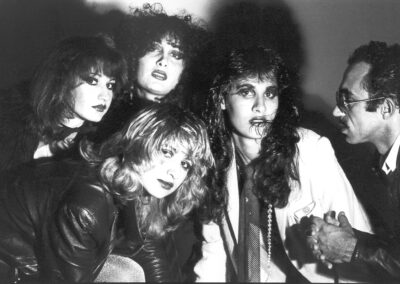 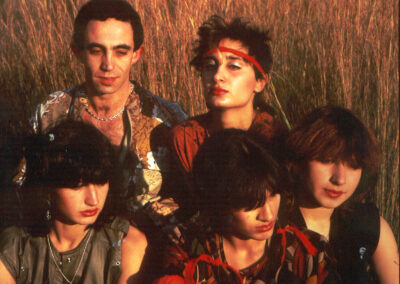 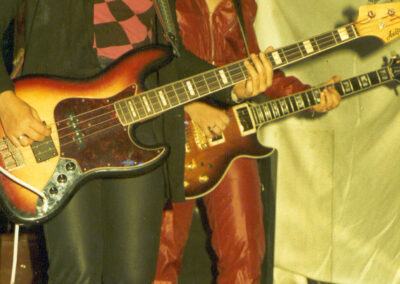 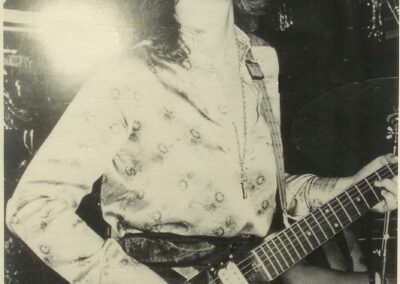 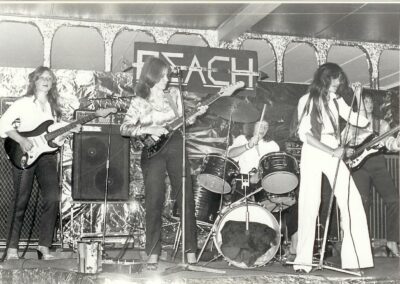 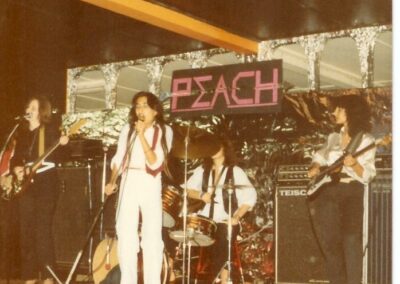 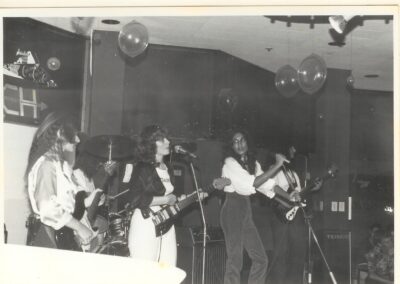 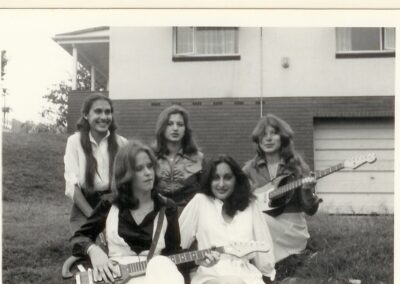 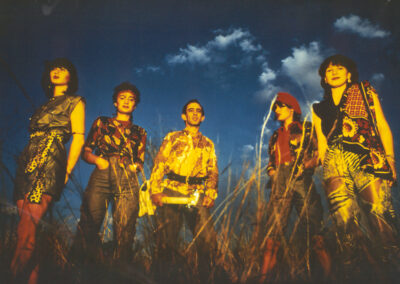 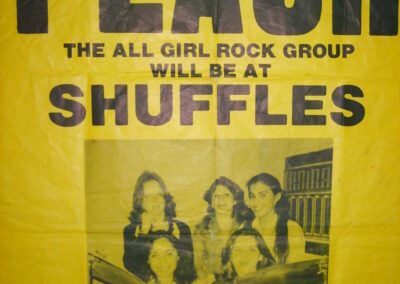 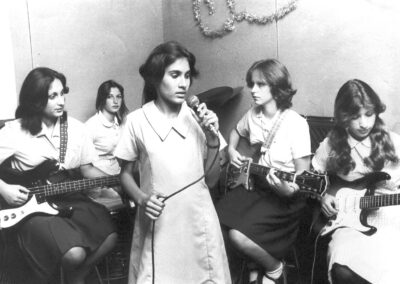 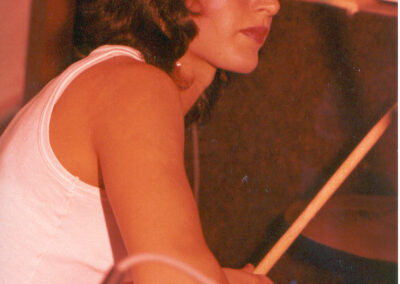