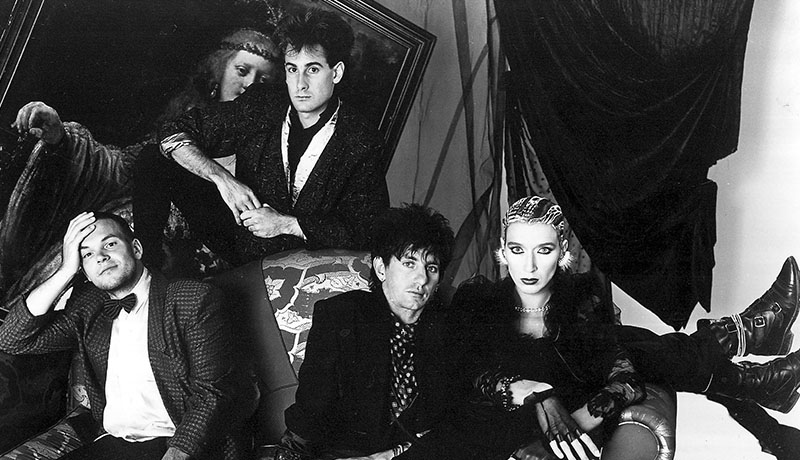 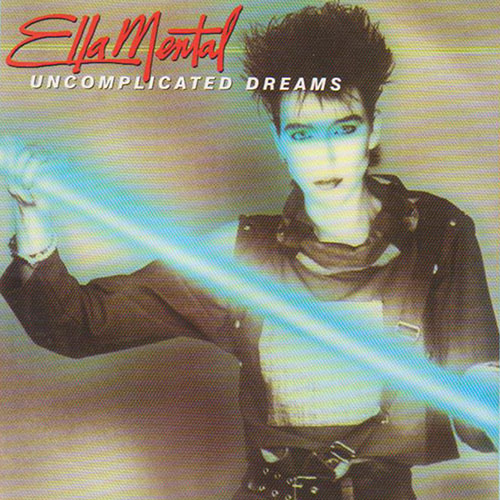 Fusing elements of rock, pop, theatre, and mime into a unique and heady musical brew. Ella Mental trailblazed their way through the mid-’80s with great songs like “See yourself (Clowns)”, “Pressure” and “Magic Mother”…who can ever forget their phenomenal live performances! Digitally remastered and available for the first time on CD the band’s debut album “Uncomplicated Dreams” includes all the original songs plus the rare 12″ EP tracks, the stunning live performance of “See yourself (Clowns)” at 1985’s Concert in the Park and a pair of new songs from the band’s archive.

See Yourself… The Ella Mental Story

Maybe it was the paranoia or perhaps that everyone came from somewhere else and could hang around in 24-hour coffee shops like Café de Paris in Hillbrow, but a creative burst surged through rock in South Africa, unequaled to this day.

Jonathan Selby was crawling around on the stage, mic chord snaked around him. Girls with puffball skirts were jiving to Via Afrika and eVoid, Tribe After Tribe was a South African U2 easily moving from odes to Soweto to songs about beauty queens. In stepped Ella Mental. Where the Windrich brothers were looking at Africa, Selby at Byron, Ella Mental was looking at theatre. They combined strong melody and punchy guitar riffs with theatrical elements. like creative lighting, mime, and costumes.

Watching Heather Mac was unlike watching any other lead vocalist of the time. Poised dramatically under strong lights that isolated her from the rest of the band, strong arm movements reminiscent of pre-war Berlin performance art, it was only her voice that kept on reminding you that you were actually listening to a rock band.

Tim Parr first spotted Heather Mac doing a cover of ‘No Woman No Cry’ at a folk club called Mangles in Braamfontein in 1981. Tim had already tasted the rock star life with Baxtop, but that was now a thing of the past and he was looking at doing something else. Tim wanted to know if Heather was interested in singing a few songs he wrote. A month later, with Heather still doing mainly backing vocals, they tried out a few musicians like Robbie Whitelaw and Larry Friedberg but eventually settled on Punka and Gary Khoza from National Wake. Gary was committed, but Punka liked reggae more than EllaMental as he was replaced by Herman Eugster. Say hello to the first incarnation of Ella Mental, surely the first South African rock group ever to be named after a D.H.Lawrence poem.

It wasn’t long before Roddy Quinn of EMI heard about them. He signed them because at the time “they were the most innovative and progressive group of people this country had ever seen.”

The good luck didn’t last long though. Gary fell ill and was replaced by George Vardis during the recording of Pressure. Gary came back but had yet another run-in with the boys in blue. He had been arrested and beaten up by the police one time too many and when he was offered a ticket to skip the country, he did so on one week’s notice. New bassist, Adrian Levi had four days for rehearsal before his debut at the Oxford Hotel, Rosebank.

Ella Mental’s first single was 12 inches big and contained four songs: The band’s first studio produced song: Pressure and a live recording of Small Towns, Point of View, and Once Awake done at the legendary Chelsea. For those who hadn’t heard them before, it was time to sit up and take notice. It was 1984. Ella Mental was going places. It was time for Concert In The Park, a collective career highlight for the whole band. Again disaster struck when backing vocalist, Jenny Gordon died in a car accident on her way to the gig.

After the release of the single See Yourself (Clowns) in 1985, it was time for the first album. Titled Uncomplicated Dreams it would signify the recorded career highlight of the group. The band toured extensively, bringing an entourage of stalwarts with them, lugging PAs, props, and lighting rigs on a shoestring budget. The fans were out there and Ella Mental was committed to making it to their towns; from Bloem to Upington, from Cape Town to Plett, from Margate to Verwoedburg. The band produced 3 more singles: Jenny, (dedicated to their friend) 30 Million Lonely People, Madmen however South Africa had become too small. Madmen were banned because it wagged a finger at Die Groot Krokodil, better known as P.W. Botha, a man not known for his tolerance of any form of criticism. At this stage, Adrian Levi was playing a ‘duck’ from the Military Police who wanted to secure his services for the protection of the country against Die Swart Gevaar. London looked a lot more inviting. Tim had dreams of Ireland and there was some international interest. It was time to say goodbye.

EllaMental’s farewell concert has achieved legendary status and has been hailed by some as the best South African rock show ever. It was at the (now seriously dodgy strip club, but then very highly regarded) Summit Club. He who could fill The Summit was the king. Together with Robbie Robb of Tribe After Tribe, Tim came up with the idea of the two bands playing together. Two drummers, two bassists, two guitarists. The place was packed hours before the show started, hundreds were turned away. If you wanted to go to the toilet you had to crowd surf to the back. Smoke filled the place, the helicopter lights started twirling. Suburb in the South was the first song, the crowd went apeshit. People had never seen anything like it before. That was it, it never got any better.

Ireland was a challenge, new places, new faces, and the relief of complete anonymity. They set up a home and started rehearsing for the big break. This was to take some time, too much time. After a year overseas Adrian decided to return to SA and Herman returned to his home in Switzerland. Tim and Heather were not giving up that quickly, Ireland was full of incredibly talented musicians and the creative juices were flowing. The big break came when Warner Bros. spotted Ella Mental. (Now duly reconstituted with a bunch of Irish musos) at the Marquee Club in Soho. A 6 month trip to LA followed where the eponymous Ella Mental Album was produced and released in 1989 by Warner Brothers. It was released in the USA, Australia, England, and Europe where it received lukewarm responses. The album would never be released in SA. In 1992 Ella Mental finally disbanded.

There are no fan sites on the web dedicated to them, there are no gushing tributes and there should be as they were one of the greatest groups ever in this country. The various members of the band are still involved in music today: Heather Mac is a senior marketing executive for a music retail chain and continues to perform live as a soloist: Tim Parr has his own studio in Cape Town and also writes TV and film soundtracks, like Heather he ventures live from time to time; Adrian Levi runs a studio in Jo’burg, producing and engineering artists like Johnny Clegg and Max Normal; drummer Herman Eugster lives in Zurich, Switzerland where he is a sales and marketing executive in a major consultancy firm and has just completed recording with ex Rag Dolls compatriot Rudi Froeling for a new 12 Drummers album.

The Retro reissue of “Uncomplicated Dreams” is the first time that the album has been released on CD although “Clowns” has appeared on several compilations. The release is boosted by the inclusion of the 12″ e.p tracks plus the 1985 live “Concert in the Park” version of “Clowns” as well as two previously unreleased new songs. 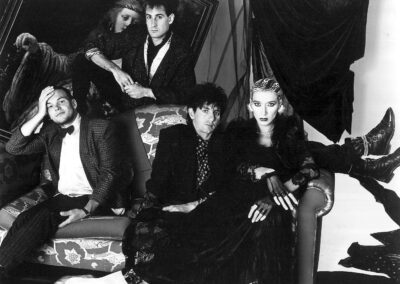 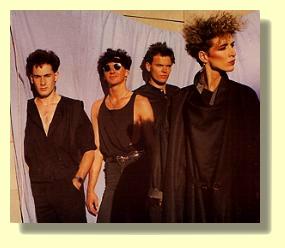 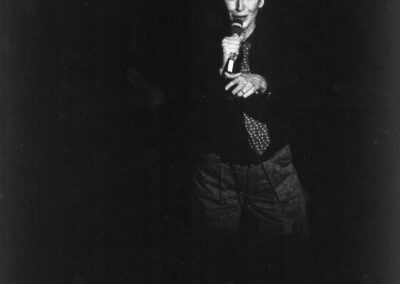 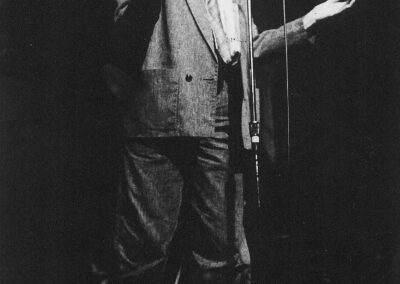 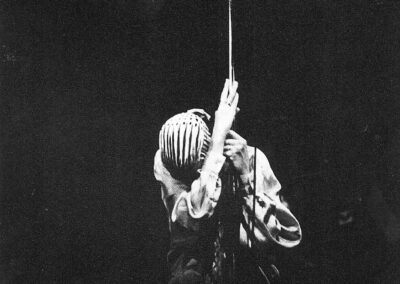 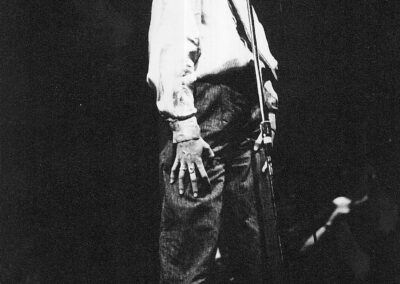