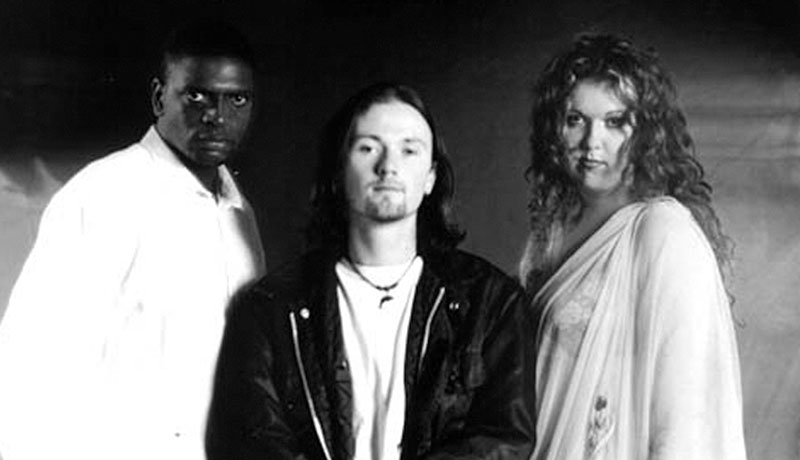 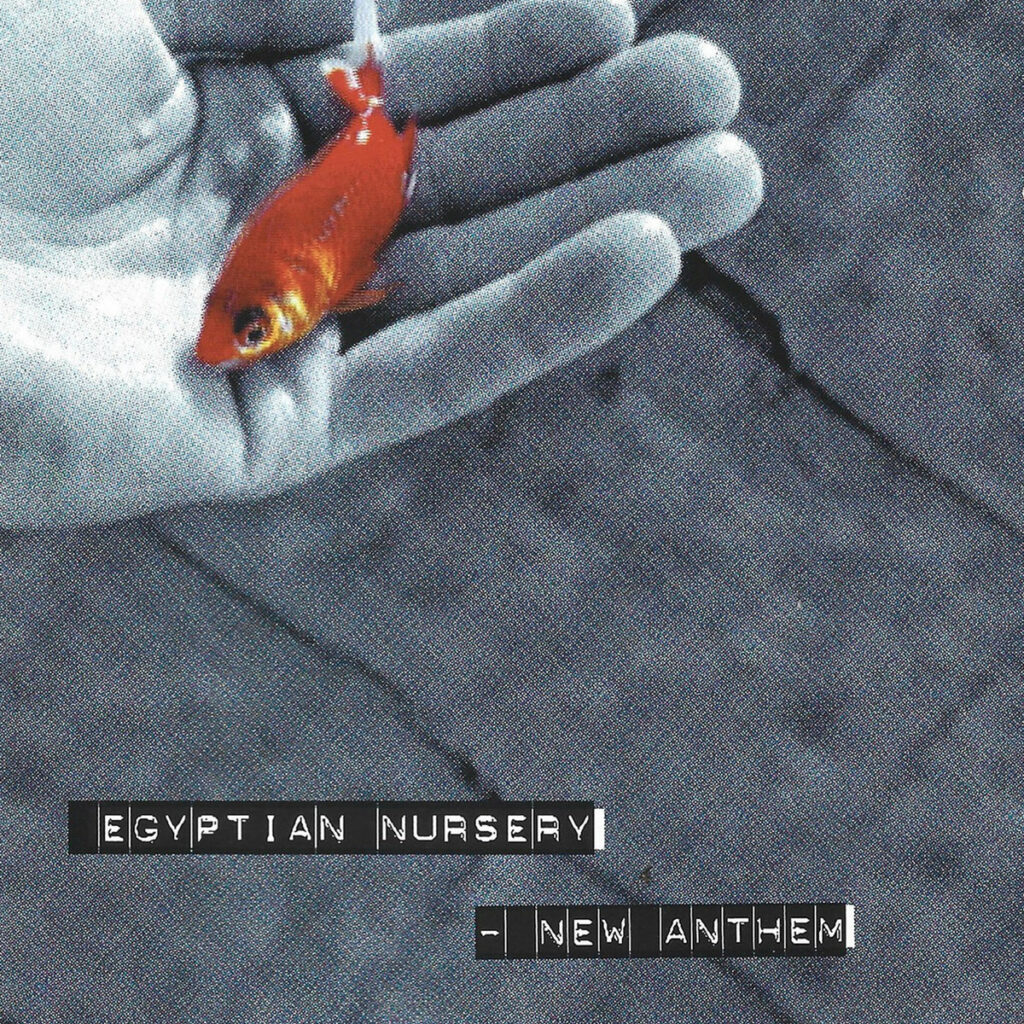 Take a musical whizz from North England, add a Mauritian with a voice swathed in honey and a Congolese rapper whose tongue moves languages into new forms and you have unquestioningly the most exciting group working in contemporary South Africa.
That group is Egyptian Nursery and its debut album, New Anthem (released by Fresh Music) is destined to set worldwide standards of both production and musical ingenuity.

Egyptian Nursery were Craigie, Ariane, and Mojama. Craigie (originally from Newcastle Upon Tyne in England) and Ariane (the Mauritian in the mix) met one night in July 1995 and, in an indication of how instantly these two creative forces gelled, wrote and recorded their first song before the sun had peeped over Johannesburg’s skyline the next morning. “We think it was called Vision,” Ariane says, with a smile that recalls that intense first night.

And, for the next 20 nights, this duo matched in musical heaven went on to write and record a song a night, from scratch to final mix in well under 24 hours!

Some of these tracks have found their way onto New Anthem but it took the arrival of a hip hop artist from the Democratic Republic of Congo (formerly Zaire) to turn the duo into a trio and complete the musical magic that is Egyptian Nursery.

Like many Africans before him, Mojama had traveled down to South Africa on his search to find the perfect studio and producer to record his African-inspired hip-hop in a way that would enhance the impact of this different yet powerful sound. He found that in Craigie and the two swiftly wrote and recorded three tracks for Mojama’s solo album. Along the way, Craigie and Ariane worked with the widely respected Dan Kapueja of Spirit Wall, adding a new, yet obviously organic, reggae influence to their work. And when Craigie and Ariane drew Mojama into the mix and began fleshing out the sound that belongs uniquely to Egyptian Nursery, the band had a true sense of having found their perfect musical partners.

A defining feature of Egyptian Nursery is the way the group has evolved entirely in the studio, unusual for a South African band that tend to tread the live circuit as the first step to getting into recording. The studio in this case was no elaborate, cutting-edge mega set-up. Most of New Anthem was recorded in Craigie’s bedroom and other small spaces. It’s a real measure of Craigie’s musical wizardry that the album’s production is beautifully executed, precise, and of real international quality.

It’s the songs, however, that is the real driving force on this album.

From the opening track, One Fine Day to Oyebisi ‘nga, Egyptian Nursery reveals an exceptional ability to draw in both contemporary and historical musical trends and weave them in a way that creates an astonishingly unique sound. Egyptian. Nursery. The ancient and the fresh, young and energized are swirled together effortlessly.

An almost straight pop song like “Still” opens with a snatch of ancient chanting and moves through a verse and chorus that recall the heyday of 80s English pop before surprising with Ariane’s gorgeous ethereal vocal wandering. “The Places I Have Been” captivates with a hypnotic, repetitive interplay of drums and chanting, overlaid with Ariane’s bare, compelling voice. Mid-song, it turns drum and bass in a way that’s startlingly appropriate.

And that’s the key to Egyptian Nursery.

Each track is different, full of surprises, and as far from predictable as the desert from the sea. The guitar that threads through “Desert Stream”, the rising and falling drums in “New Anthem”, Mojama’s fluid rapping in both French and Lingala, the hints of jazz and blues and hip-hop and trip-hop and dance and African sounds. These all make New Anthem the most exciting South African debut album in recent years. the first single “God’s Window” soared to the top of the national charts hitting No.1 in a matter of weeks. The second single “Still” followed suit and became one of the most-played radio songs over the festive season …In 1999 the band released a hitherto unreleased track “Search” to radio where it, like the other singles, took the charts by storm landing them three consecutive back to back Top 10 hits.

Egyptian Nursery joined the ranks of the elite by becoming one of the most nominated artists in the history of the South African Music Awards by scooping five finalist nominations in the 1999 Awards and taking home the “Best Producer” award. The band was also the only mixed group from Africa to be nominated, in two categories, for the highly acclaimed French “Kora” award. In the first week of September, the fourth single from the album “Desert Stream” entered the national charts at No.22 with a bullet and peaked at No.2. In August 2000 the fifth single from the album shipped to radio…..”Oyebisi ‘Nga” is a haunting English/Lingala duet by Ariane and Mojama that has been likened to the Neneh Cherry/Youssou Ndour classic “Seven Seconds” and became yet another Egyptian Nursery chart single.

The album was released throughout Europe via Blue Flame Records (distributed by BMG), the video for the first single “God’s Window” was shot at the infamous Johannesburg Prison where Nelson Mandela was held during the Rivonia Treason Trial in the ’60s prior to his incarceration on Robben Island. The single was also released in Australia via DMP (distributed by Universal Music).